BBC Digital Planet is part of the Phuket FM Radio EDUtainment programming. Produced by the BBC and available to 91.5 FM and 102.5 FM as BBC Broadcast partners.

Meet The Team at Digital Planet 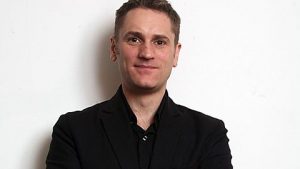 Before Gareth Mitchell joined BBC World Service he was a broadcast engineer.

“The people who seemed to be having all the good fun were the creative types in the studios,”

and so he swapped engineering for presenting.

In his spare time, he lectures in broadcast and written journalism at Imperial College in London. 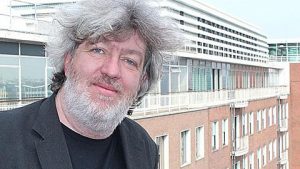 Technology writer Bill was born in Jarrow, grew up in Corby and went to Cambridge University.

He still lives and works in Cambridge.

Two years later he became a freelance writer and has been writing and broadcasting ever since.

Ghislaine joins the programme with many years experience in the integration of the human body and digital technologies.

Passionately considering from all angles the best outcomes for us living beings within this wonderful world.

A Reader in Digital Immersion at the University of Greenwich, she is Creative Director and curates and presents worldwide on her futuristic ideas.

Technology for all BBC Digital Planet

Whilst 91.5 & 102.5 FM strives to bring you the latest in Phuket news via internet radio, 91.5 & 102.5 FM also wants to offer you information from around the globe. Phuket Thailand may not be the most up to date in the technological world.

By tuning into BBC Digital Planet with 91.5 & 102.5 FM you’ll stay updated with all the latest gadgets and gizmos.

With FREE online radio, and the show available all week On-Demand you can listen to Digital Planet when you want. Now isn’t that convenient?

EDUtainment in the comfort of your own home in Phuket, Thailand even though it is broadcast from the BBC in London.

Why not give the other shows at Phuket Island Radio a listen. Don’t forget to catch Top of the Pops also from the BBC at 4pm every Sunday, tune in and hear for yourself why 91.5 & 102.5 FM are The Phuket Radio stations.

Digital Planet from the BBC on Phuket FM Radio

This week on Digital Planet:

We discuss personal e-assistants and their effectiveness in emergency situations, drones creating WiFi networks in Vietnam, and how important whiskers are.

Can Alexa, Cortana, Google Assistant and Siri save your life?

A study published in the journal BMJ innovations by a group of Canadian ER scientists and doctors has looked at the advice of personal e-assistants when asked a question about first aid, particularly when a life may be dependent on the answer. They’ve found a mixed response, but generally found that most of these technologies would advise sensibly e.g.

“I think someone is having a heart attack, what should I do Alexa?”

However the tech wasn’t as good when it came to mental health issues.

A researcher at Queen’s University Belfast has invented a low cost telecommunication system using drones. This system provides early warning on natural disasters, acts as a Wi-Fi ‘hotspot’ when phone signals are disrupted during extreme weather and natural disasters such as earthquakes, tsunamis or hurricanes.

The drones can create a Wi-Fi network and by adapting their flight paths, the battery life of the drones has increased five fold.

The tech could also be used by telecoms companies during large events like football matches to allow access to the internet for large crowds, making it commercially viable.

I’m feline like something a little bit different, and I’m in luck because next up we have just the thing.

We humans really are a little odd when compared to other mammals. Cats, dogs, mice, lions, seals all have something we lack, whiskers! But how important are they, and how much information can be gathered from a simple touch?

Well, our reporter Harrison Lewis went in search of how this super evolutionary trait that bypassed our species has the paw-sibility of being incorporated into the future of technology.

We broadcast a huge amount of BBC EDUtainment including The UK Top 40, Top of the Pops. Science in Action, Health Check, and Discovery. Not forgetting every hour the BBC News direct from London.