Bangladesh vs India, Whoâ€™s going to Seal the Deal?

The battle is on! Bangladesh vs India solo Test match is starting from 10 June 2015, at Khan Shaheb Osman Ali Stadium, Fatullah.

The one-off Test match is also interesting because of the previous meeting of India and Bangladesh at controversial quarterfinal of World Cup 2015, where India won the match by 109 runs.

But many conspiracy theories were raised after the match, about unfair umpiring decisions.

By turning back the pages of cricket history, there have been 7 Test matches played between Bangladesh Vs India. From which, six were won by India, and one match was ended up as a draw. But keeping in mind the performance of Bangladesh in 2015, the team has the ability to win the Test as well as the hearts.

Team India is looking up high for the Test match. Versatile batsman Virat Kohli is leading the pack this time, after the shocking retirement of MS Dhoni from Test format. Team India is not taking this match lightly as they know that Bangladesh is in a great momentum. Thatâ€™s why, BCCI sent an experienced squad and expecting a tough fight back from Bangladeshâ€™s side. 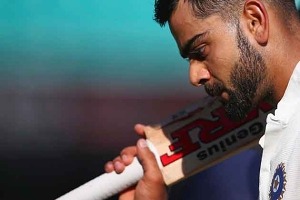 Virat Kohli, known for his aggressive approach, is going to play a vital role in Bangladesh vs India Test match. He has a habit of piling up runs when get settled. Another name who is being considered as a key man for Indians is Ajinkya Rahane. He has performed exceptionally well against Australia in the recent series and he is expected to continue his great form. Other key men for the match are Harbhajan Singh, Bhuvneshwar Kumar and Ravichandran Ashwin.

With a marvelous white-wash of three ODI series and one T20 against Pakistan, Bangladeshâ€™s side is going on fire. The team is in a tremendous rhythm and looking to beat the Indian team â€“ with a vengeance.

The Bangladesh team skipper Mushfiqur Rahim is positive that the chance of winning the single Test against India is as real as it gets. 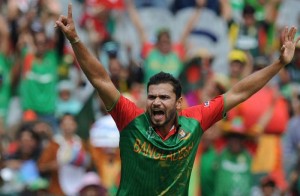 All eyes are on the star bowler, Rubel Hossain in this Bangladesh vs India, one-off Test match. Coming up after his injury during series against Pakistan, Rubel is considered the backbone of Bangladeshâ€™s bowling attack. He is likely to register a supreme comeback with the target of 5 wickets haul in both innings.

Letâ€™s not forget Tamin Iqbal for making a memorable double hundred against Pakistan, he will be looking to establish an equally great inning against India.

Other key players for Bangladesh’s side are, Mominul Haque, Mushfiqur Rahim and Shakib Al Hasan.

The Bangladesh crowd will be there to support their team and theyâ€™ll be expecting star performance from their idols in Bangladesh vs India, only Test. On the other hand, the Indian team lovers will be praying for a fine victory to continue their supremacy against Bangladesh in Test matches. The cricket lovers all over the world are excited to see how this burning Test match turns out. They are hoping that there will be a great deal of action, and above all, sportsman spirit in it. 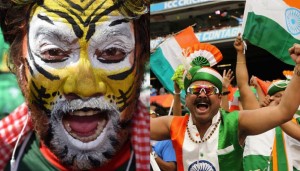 By seeing the statistics, it is a no-brainer that India has a high expectancy to win. But lately, it is not difficult for Bangladeshâ€™s team to give a massive comeback and the team is known for giving hard hitting surprises to the opposite side.

But I think, making a No.3 ranked team to fear a loss from a No.9 ranked team is a big achievement in itself.

No matter what happens, team Bangladesh should be applauded for this, alone.

At the end of the day, it is all about who play better and who had the courage to take the hard decisions. Whatever happens, this match will be watched by thousands of cricket fans around the globe, which is the best thing to remember!