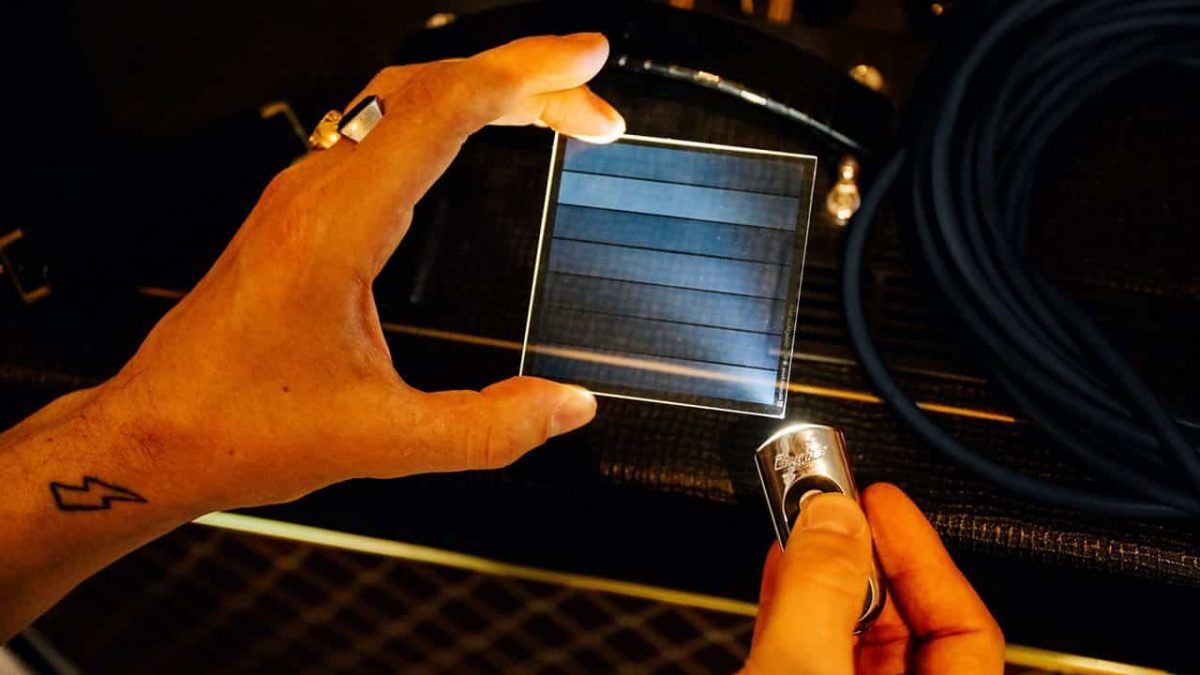 This programme is available NOW OnDemand at the Digital Planet Page and is available now until Wednesday the 22nd of June. It will also be broadcast on Sunday the 19 of June in Phuket on 91.5 FM and 102.5 FM and Online via the Internet radio portals.

The fused silica glass is fully resilient to electromagnetic pulses (EMP) and to the most challenging environmental conditions, ensuring the data written into it is not degraded.

In this proof of concept for the Global Music Vault in Svalbard, this glass platter will have a selection of some of the most important music data and files on it.

Gareth talks to Ant Rowstron, who has been working on the technology at Microsoft, and Beatie Wolfe, a musician whose music has been included in the data storage proof of concept.

Beatie Wolfe is an Anglo-American award-winning, pioneering artist known for “seeing music differently” and creating new tangible formats for albums in the digital era. These musical innovations, which include a Space Broadcast via the Holmdel Horn Antenna and the world’s first 360° AR live stream, have gained Wolfe critical acclaim with the Victoria and Albert Museum inviting Wolfe to exhibit her ‘world first’ album designs in a solo exhibition; the Barbican Centre commissioning a documentary on Wolfe’s work; Wired featuring Wolfe as one of 22 changing the world and UN Women selecting Wolfe as one of nine innovators for a global campaign for International Women’s Day.

Wolfe is also the co-founder of a “profound” research project looking at the Power of Music for people living with dementia and in March 2020 gave a TEDMED talk about the power of music in medicine and her work in the field.

Data-driven city planning Barcelona is developing a digital twin of its city to aid with city management decisions. The city is currently at the initial stage of the project, designed to produce simulations of different planning scenarios to create more data-driven decisions.

Gareth chats to Deputy Mayor of Barcelona Laia Bonet and Patricio Reyes, a researcher at the Barcelona Supercomputing Centre, about the potential uses of simulations and how digital twins could improve city planning in the future.

This press release about Project Silica is available for download as a PDF if you wish.

You may download this press release as a PDF.