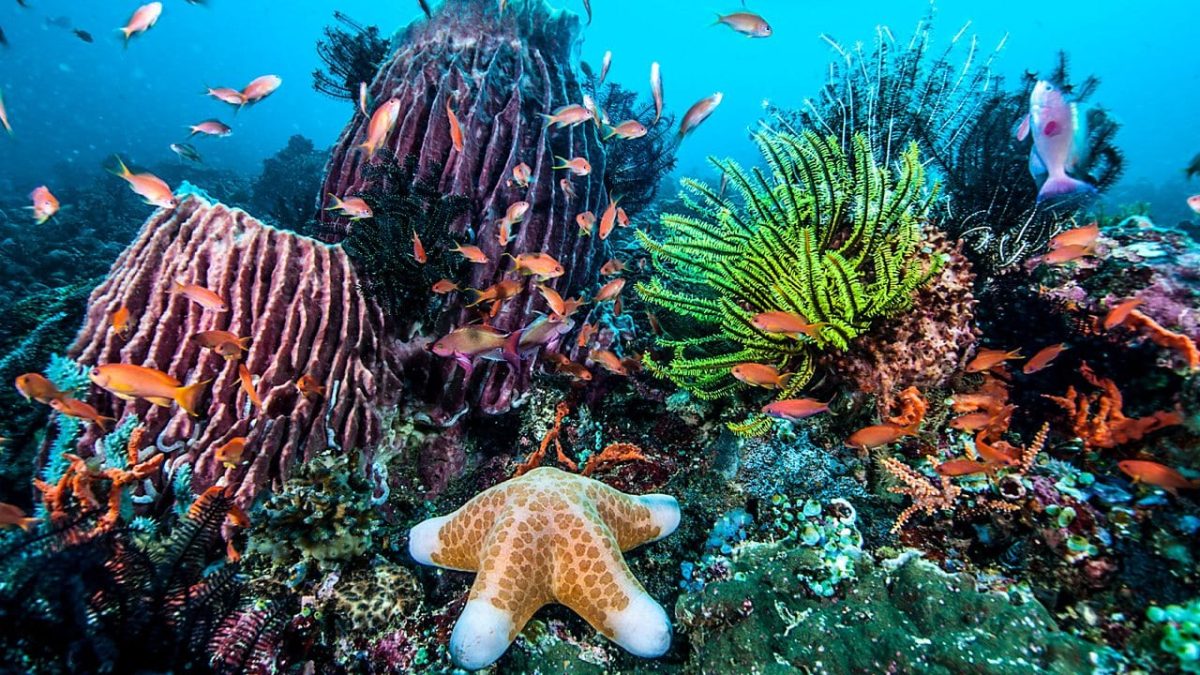 Coral reefs are some of the most diverse ecosystems in the world, and also some of the noisiest.

Up close, a healthy reef teems with trills, whoops, buzzes, hums and snaps made by the diverse lifeforms that inhabit it.

This programme is available NOW on Demand at the Discovery Page and is available now until Tuesday 23rd November. It will also broadcast on Sunday 21st of November in Phuket at 8:30 AM on 91.5 FM and 102.5 FM and Online via the Internet radio portals.

But as many reefs are now degrading due to rising temperatures, their sound signatures are changing.

Conservationist Rory Crawford meets marine scientists who believe these sounds could provide a new way of monitoring the health of coral reefs, and boosting their resilience.

He listens to soundscapes that have been recorded around reefs in diverse parts of the world and hears a selection of the sometimes surprising noises that have been picked up by researchers’ hydrophones.

Sounds are crucial to underwater species and a healthy-sounding reef will attract fish and other organisms to settle on it, so is it possible to use acoustics to boost the ecosystem on damaged coral?

Underwater recordings courtesy of Tim Lamont/University of Exeter, Ben Gottesman, The Centre for Global Soundscapes, and Discovery of Sound in the Sea

Dreams and Nightmares on Discovery as biologist Matthew Cobb presents the first episode in a series that looks at the 50-year history of genetic engineering, from the concerns around the first attempts at combining the DNA of one organism with the genes of another in 1971 to today’s gene-editing technique known as CRISPR.

Climate scientist, Tamsin Edwards tackles uncertainty inherent in all climate change predictions to try and understand which of many possible storylines about the future of our planet are most likely to come true.

Do you know about our other BBC partner shows?

The figures explain the reason why it is the largest reef in the world.

The reef is situated in the Coral Sea, near Queensland in northeast Australia and the only place on the whole earth which can be detected from outer space.

Surprisingly India seems to be on track to switch away from coal to renewables.

We are asking what about other countries, is it death to coal for the sake of our future?