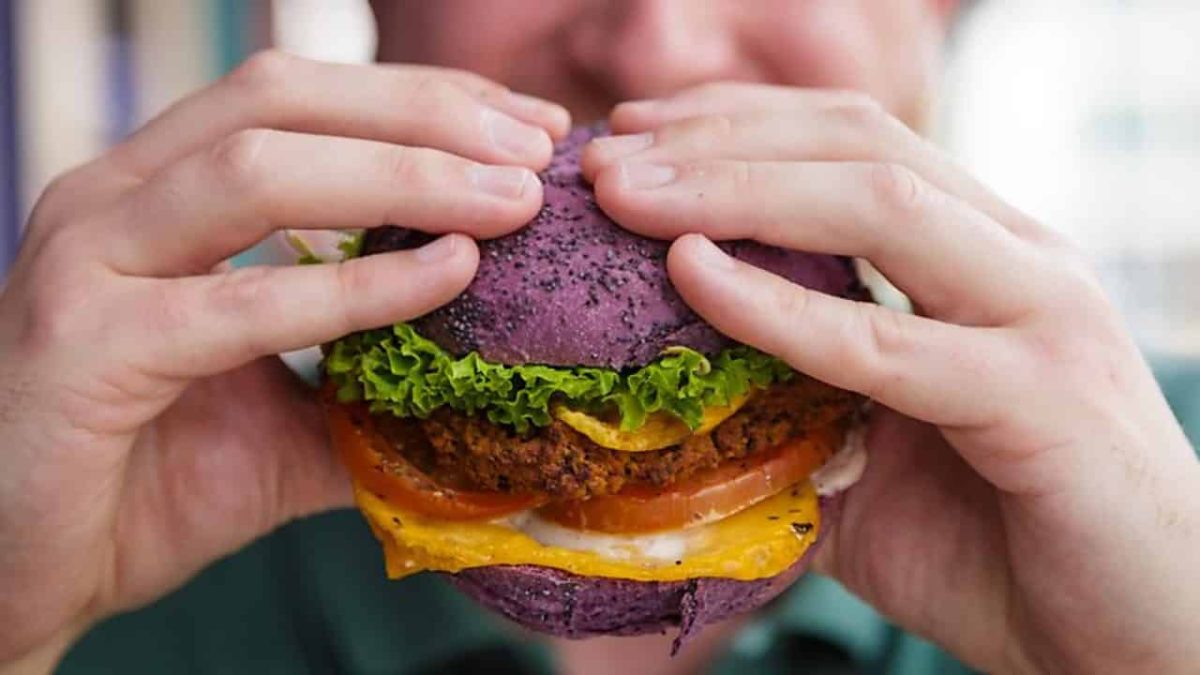 Updated this week: Giles Yeo learns how to make a Thai green curry with Meera Sodha.

You may listen to this programme NOW on Demand on the BBC Discovery Page and is available from Tuesday the 9th of August until Tuesday the 16th of August. It will also be broadcast on Sunday the 14th of August in Phuket at 8:30 AM on 91.5 FM and 102.5 FM and Online via the Internet radio portals.

This is a recipe without meat or prawns but with tofu and lots of vegetables. If we need to eat less meat and dairy to help prevent global warming- what difference will altering our diets make to our health?

For a long time now people have been urged to cut down on red meat and processed foods but if you have been eating them all your life it takes an effort to develop new habits.

Plant-based products that can replace for example dairy milk, cheeses, sausages, burgers and meat-based dishes such as lasagne can be helpful in making this transition but are they healthier?

This is a fast-growing sector with a potential value of $162 billion by 2030. Giles travels to the Netherlands Food Valley to look at companies developing plant-based alternatives and to find out what role they have to play in changing diets. And Giles designs his own plant based Yeo Deli range online but discovers that new markets are already causing shortages of alternative proteins, so what will the future look like? In 2019 the Eat Lancet Commission set up specific targets for a healthy diet and sustainable food production.

The aim was to keep global warming to within 1.5 degrees and to be able to feed the world’s 10 billion people by 2050. The Commission’s recommendations are best visualised as a plate of food, half fruits, vegetables and nuts and the other half whole grains, beans, legumes and pulses, plant oils and modest amounts of meat and dairy. Is there room on the plate for Giles Yeo Deli Baloney range. In Plant-Based Promises, is this the rise of the Plant-Based Burger?

Foodie, researcher and broadcaster Giles Yeo look at the science behind plant-based diets and the increasing number of plant-based products appearing in supermarkets and restaurants.

The market for plant-based products could be worth $162 billion in the next ten years and Giles asks how sustainable and healthy the products are and the role they play in decreasing the world’s carbon footprint.

Globally food production accounts for about 30% of greenhouse gases.

In the UK we eat over six times the amount of meat and more than twice the amount of dairy products recommended to prevent the global temperature increased more than 1.5 degrees C, after which extreme weather events become more severe.

But eating less meat and dairy means new protein sources from plants are needed and how easy or practical is it for people to change their diets?

Going vegan for the month of January

Veganuary, where people pledge to go vegan for the month of January show that people are willing to change what they eat for a variety of reasons including animal welfare, sustainability and health. In programme one Giles, an expert on food intake looks at some of the foods being developed to replace animal-based foods and looks at alternatives to the iconic cheeseburger.

Food, Health and Climate every Sunday from the BBC.