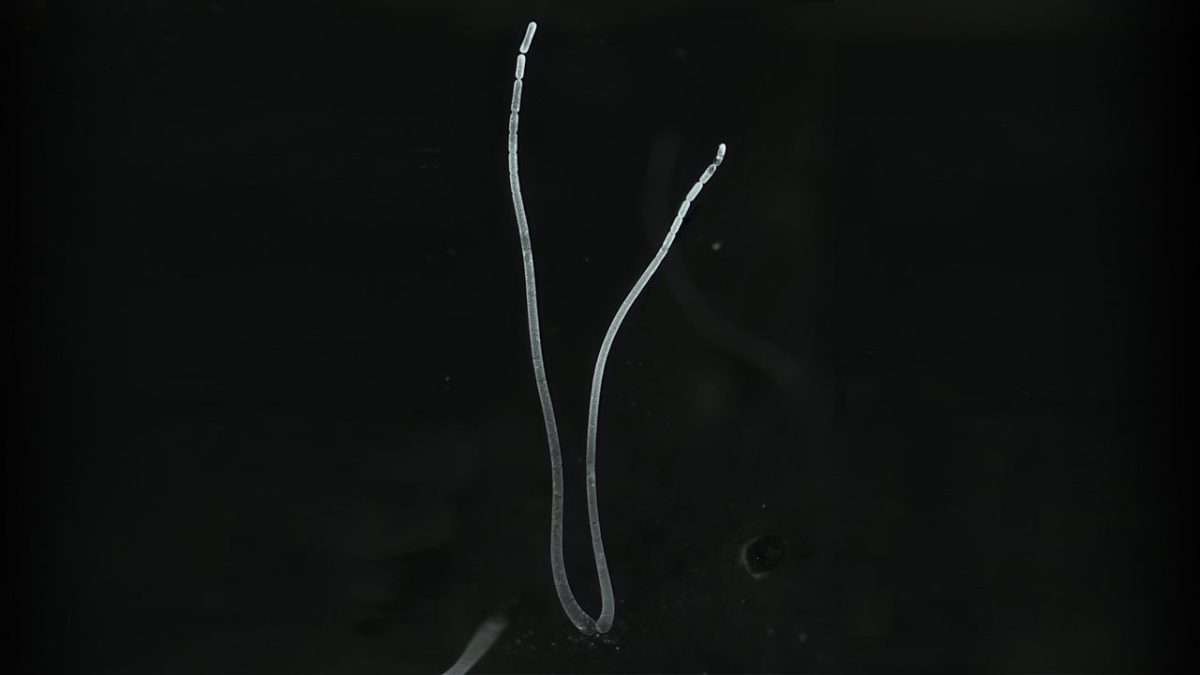 Researchers have discovered a species of bacteria which dwarfs all others by thousands of times.

This programme is now available ON-Demand by visiting the Science in Action Page, it will be available until Thursday the 30th of June. It will also be broadcast on Sunday the 26th of June in Phuket at 9:00 AM on 91.5 FM and 102.5 FM and Online via the Internet radio portals.

Normally you need a microscope to see single-celled bacteria, but Thiomargarita Magnifica is the length and width of an eyelash.

It’s been found growing in mangrove swamps in the Caribbean. Roland Pease talks to Jean Marie Volland about what makes this Godzilla of the microbial world extra-special.

Wikipedia on this new Bacteria

Thiomargarita magnifica is a species of sulfur-oxidizing gammaproteobacteria, found growing underwater on the detached leaves of red mangroves from Guadeloupe archipelago in the Lesser Antilles. This filament-shaped bacterium is the largest bacterium ever discovered, with an average length of 10 mm and some individuals reaching 20 mm. The bacterium is described in a preprint published in February 2022. The organism was originally discovered in the early 2010s by Olivier Gros from the University of the French Antilles at Pointe-à-Pitre, but initially, it did not attract much attention (Gros at the time thought his find to be a fungus); it took Gros and other researchers five years to find out that this is a bacterium, and a few more years until Jean-Marie Volland, a graduate student working for Gros, figured out its unusual properties.

Thiomargarita means “sulfur pearl”. This refers to the appearance of the cells; they contain microscopic sulfur granules that scatter incident light, lending the cell a pearly lustre. The name magnifica was chosen by researcher Silvina González Rizzo, who herself identified T. magnifica as a bacterium.

Also in this week’s Science in Action programme.

A new study published in the journal Nature has discovered that women scientists are less likely than their male peers to be credited for their contributions to research projects. Roland discusses the findings with the study leader Julia Lane of New York University and nanoscientist Shobhana Narasimhan in Bangalore.

We also find out about the oldest evidence for wildfires on the planet which raged across the land 430 million years ago, with palaeobotanist Ian Grasspool.

And Edinburgh University vertebrate palaeontologist Steve Brusatte talks about some of the evolutionary wonders in his new book The Rise and Reign of the Mammals.

Not just Bacteria so much more EDUtainment