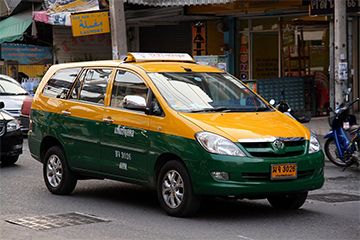 GrabCar drivers are warned that drug dealers are increasingly using their services to make deliveries to clients, and they will be held liable if caught.

This is the latest news coming out of Bangkok.

Drivers should quickly inform police about any suspicious parcels, to prove their innocence. People who receive parcels they were not expecting should do the same, he advised.

The full story is HERE

This will allow users in Bangkok to plan trips around the city on public transport such as buses, ferries.

When will the Grab Taxi app come to Phuket.

The Trip Planner feature first launched in Jakarta in March and is now available in Bangkok, Singapore and Kuala Lumpur.

You can read more on this updated story by visiting The Bangkok Post.

The region’s number one on-demand transport mobile app is now firmly established on the Island with many residents and tourists using the limousine hailing services of Grab car.

GrabCar, in Phuket is part of Grab Taxi Phuket and offers a premium and personalized ride experience.

Phuket Island radio has teamed up with Grab Taxi and negotiated a special first ride code of GCPIR where you can book your first ride anywhere in Phuket for just 250 thb.

Tourists, Expats and Locals can book a Grab Car simply by downloading the Grab Taxi app, logging in and ordering a cab, most of the time Grab Cars (there are over 200 Phuket drivers signed up) will be in your vicinity and with you in a matter of minutes.

The bonus being if it is your first ride you can enter the promotion code GCPIR and get that first ride for just 250thb. 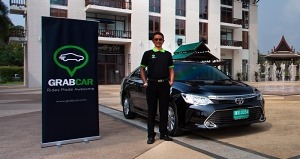 GrabCar launched in September and is an affordable private car with driver service, a driver that is vetted, polite and doesn’t come with the normal price hassles and haggle.

GrabCar is available on the GrabTaxi mobile app and offers a service where you areÂ picked up at yourÂ doorstep in minutes, allowing you and your family to travel and explore the sights and sounds of Phuket safely.

Fares are fixed ( we like that) and are calculated based on location, time, distance and demand Grab Car passengers are guaranteed transparency of fares, so there is no need to haggle.

Did you try Grab Taxi Phuket yet?

At the time of writing, there are over 200 Grab car drivers in Phuket waiting for you.

GIVE IT A TRY and let us have your feedback by LINE or Whatsapp to Phuketradio or old fashioned phone and sms to 08 9000 4040.