Stand by as Jamiroquai, Stereophonic and Fleetwood Mac to name just a few. All are featured in this week’s Big Ones and New Ones hosted by Andy Henly.

Every Saturday at noon Andy Henly brings us two hours of simply awesome entertainment in the form of Big Ones and New Ones. The show is broadcast through a number of formats including 91.5 and 102.5 FM. Available throughout Phuket and is available online. You can download the free mobile apps and also now available is the actual radio player HERE.

This week Andy has “New Ones” from Jamiroquai & Stereophonics and “Big Ones” from The Eurythmics and Fleetwood Mac.

Kicking off your Saturday entertainment from Phuket is Foster the People with Pumped up Kicks. Followed by Mantronix and Got to Have your Love and right before Fleetwood Mac we have the awesome Adele with non-other than Hello. 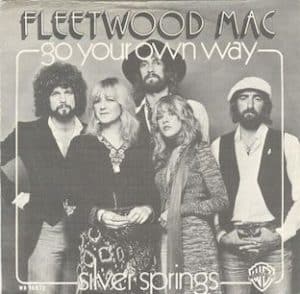 Go Your Own Way Fleetwood Mac

Written and sung by Lindsey Buckingham, “Go Your Own Way” is a song by the British-American rock band Fleetwood Mac. Released as a single in December 1976. It was the first single from the group’s 1977 album Rumours. It reached its peak of No. 10, a position it held for two weeks in the Billboard Hot 100. Success continued and in 2016, it was certified Gold for digital sales of over 400,000 copies. The song also hit the top 40 in many other countries, including the Netherlands and Belgium, where it hit No. 1.

Big Ones and New Ones Classics

Next up we are playing Sheryl Crow and Alone in the Dark,  OMD is here with The Punishment of Luxury and Suede sings about Saturday Night.

Lucy Rose and Second Chance, The Honeyz, Finally Found followed by Eurythmics and that classic Thorn in my side and taking us dancing with Steps and Neon Blue.

Finally, it’s Amy MacDonald and Down by the River with Queen and Radio Ga Ga taking us to the half way break and the BBC News.

New Ones from Jamiroquai, Stereophonics 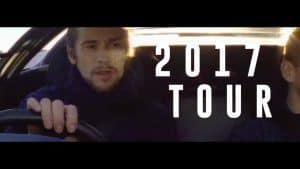 Into hour two and it’s THE TEST OF TIME, 5 songs and events from July/August of a mystery year from the 90’s. Try and work out the year from the clues and music and play The Test of Time

Did you need some clues? Freddie Mercury, Living on my Own, Madonna, Rain, Haddaway, What is Love, Urban Cookie Collective, The Key The Secret.

The Test of Time

Did you get it? If not best you tune into Phuket Island Radio on Saturday to find out.

So, into the final parts of this week’s Big Ones and new Ones.

Culture Beat, Mr Vain along with Weezer, Mexican Feeder and The Feeling, Never be Lonely and a real classic from Billy Joel, The Piano Man being the penultimate tunes.

James Blunt, Don’t Give me those eyes and another from Mr Blunt,  You’re Beautiful, (thank you), followed by non-other than David Bowie, Changes.

Ron Sexsmith plays Radio and George Michael with Careless Whisper plays us out of another great Big Ones and New Ones.

Thanks to our host Andy Henly for the show and also catch Andy again on a Monday night with his Retro Radio Show, more information HERE.