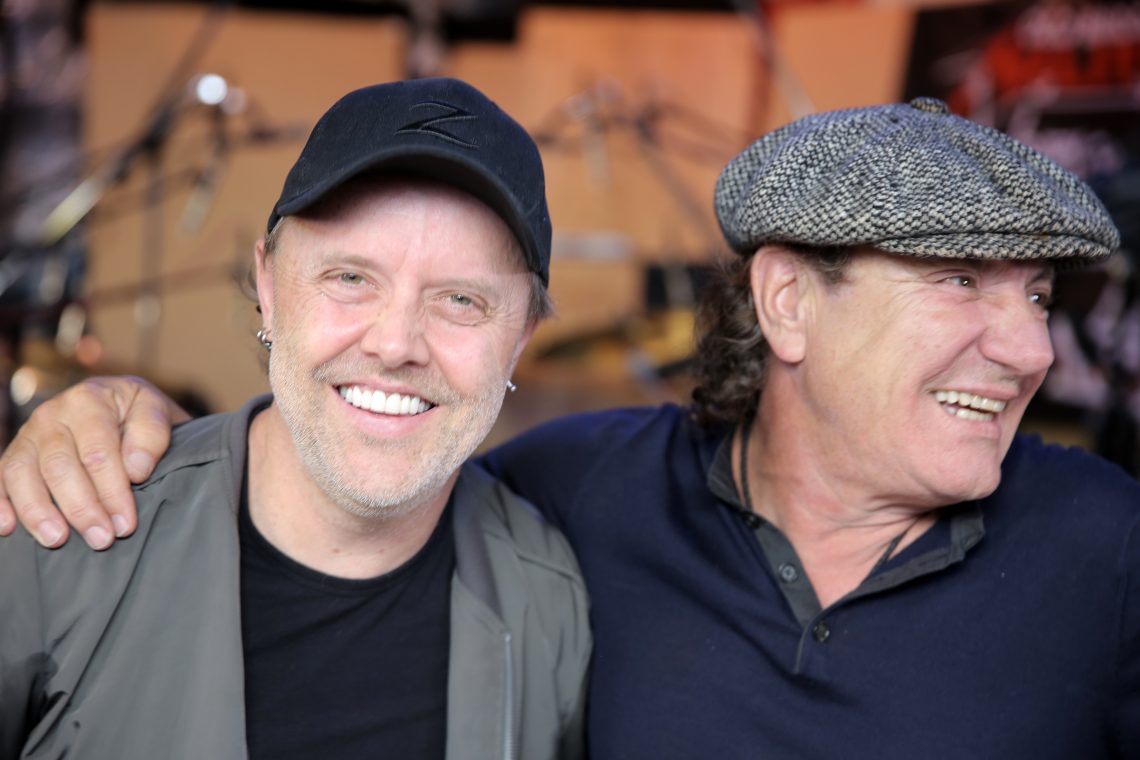 Lars Ulrich the drummer with Metalica studying at the altar of AC/DC.

During an interview with Brian Johnson from an upcoming episode of the singer’s TV show, Brian Johnson’s A Life on the Road, airing October 13th on AXS TV.

AC/DC tapped Metallica to open for them on their 1991 Monsters of Rock tour. And in the clip, Johnson remembers the unique swing Ulrich’s drumming brought to their thrash metal sound.

Ulrich, in turn, noted that the band’s roots were in bands like AC/DC, Deep Purple and Led Zeppelin.

“We were on much more blues-based, harder rock & roll stuff,”

“So we just started playing it a little faster as we went along.”

Lars Ulrich also recalled watching AC/DC every night during that trek and the impact it had on the band as they prepared to take the next step in their career.

“Playing with you guys on that run in 1991, which was the last time we really sort of supported anybody, we were in heaven getting a chance to be close to you guys and watch you every night for six weeks,”

Besides being one of Metallica’s founding members and main songwriters, drummer Lars Ulrich is also the band’s spokesman.

Born on December 26, 1963, in Gentofte, Denmark. In 1973, his father took Lars to his first rock concert, to see the mighty Deep Purple in Copenhagen. This concert opened the youngster’s eyes to hard rock and heavy metal. Ulrich shifted his focus on music (namely the New Wave of British Heavy Metal movement: Iron Maiden, Saxon, Diamond Head, Motorhead, Def Leppard, etc.), and took up the drums.

Johnson’s A Life on the Road premiered in the U.K. and Ireland in 2017 and arrived in the United States last month.

Metallica have recently postponed their upcoming tour of Australia and New Zealand. The full story is here.