Mother’s Day Celebrations in Thailand are extra special as Mother’s Day is on the same day as Her Majesty the Queen Sirikit’s birthday, the Mother of all Thai people. The day to honour our mums is held dear and sacred in many cultures and for many people around the world.

Preparations for celebrations start a few weeks before the day, it’s common to see people all around the country raise national flags, decorate houses with portraits of Her Majesty the Queen, garlands of jasmine flowers, alms giving ceremonies in temples, candle lighting ceremonies in the evenings and fireworks. 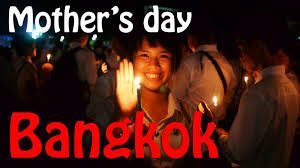 This was my first time experiencing the national public holiday that is HM the Queen Sirikit’s birthday and Mother’s Day here in Thailand. Heading out on the bike in the morning, the roads were quiet, almost empty, an unusual sight on a Phuket island road. Most shops and food outlets were closed, apart from the usual 7-11’s and a few other smaller stores. The shopping centres however retain normal operating hours.

Thailand has been officially celebrating Mother’s Day since 1950. In 1976, Mother’s Day was moved to the 12th of August to celebrate the Queen. Thai people are extremely proud of the country’s Royal Family and openly demonstrate their admiration, love and support at every turn.

The Mother’s Day pride is a celebration of the Queen’s benevolence towards the poor across the nation. The Queen has captured the hearts of Thai people through her devotion to the welfare and well being of her people. 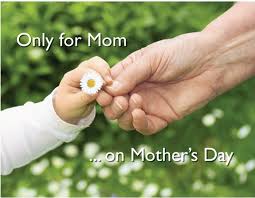 The people’s devotion in the celebrations is endearing to witness. The official celebrations start the day before with alms giving ceremonies in Buddhist temples around the nation. The evening before many places hold candle lighting ceremonies and fireworks lighten up the skies.

On the day, most people are busy spending time with their families. Many charities, community events, special lunches or dinners, and school events are organised to aid in the celebrations. Thai people take this day as an opportunity to show gratitude for their mums.

In Thai tradition, kids present their Mother’s with garlands of white jasmine flowers, the symbol of maternal love. Charitable activities, donations, offerings to monks are also an important part of the day to express child’s love and gratitude towards the mother.