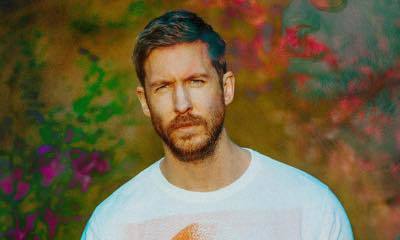 The ‘How Deep Is Your Love’ hitmaker edges out the likes of Tiesto and The Chainsmokers as the highest-earning DJ with nearly $50 million.

Calvin Harris has been named the World’s Highest-Paid DJ for Fifth Consecutive Year.  Topping the Forbes’ list of the world’s highest-paid DJs for the fifth year in a row. The Scottish DJ raked in $48.5 million between June 2016 and June 2017, edging out DJ Tiesto and The Chainsmokers as this year’s “electronic cash king.”

Tiesto comes in second place, also for the fifth consecutive year, with a whopping $39 million. Meanwhile, EDM duo The Chainsmokers manages to steal the third position from David Guetta this year with $38 million. Other beatmakers who appear on the lists top 10 include Marshmello, Skrillex, Martin Garrix, Zedd, Steve Aoki, and Diplo.

Calvin Harris has been busy!!!

The 33-year-old DJ recently made headlines as his new single with Katy Perry, Pharrell, and Big Sean, “Feels”, is predicted to be taking the No. 1 spot on Billboard Hot 100 from Luis Fonsi‘s global hit “Despacito”. “Feels” is currently at No. 2 with only 500 sales behind the Latin song. Meanwhile, “Despacito” has been staying steady atop the chart for twelve consecutive weeks.

Thanks to Aceshowbiz.com for the article and we hope you all enjoyed it.

Tune every evening on-air and online and listen to some of the biggest Dance and EDM Dj’s from around the world.