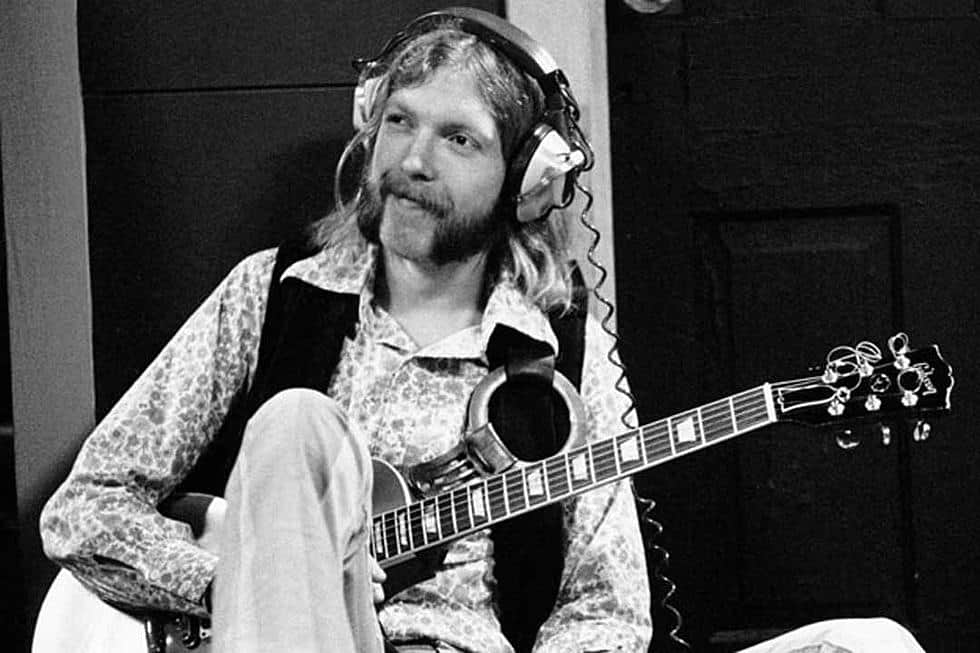 What is special about Duane Allman Guitar?

When an instrument that features in one of the greatest recording series is auctioned at a bizarre price, it begs the question.

Who is Duane Allman?

You will be forgiven if you do not know who he is but you are about to.

Considered one of the greatest humans to ever wield (yes, wield) a guitar, Duane Allman is a musical legend.

He was regarded as the magic strings in several hit song by major artistes including the hit song “Layla” which he recorded with Eric Clapton’s Derek and the Dominos.

The man was a Guitar god.

Despite his short career, Duane Allman has hundreds of credited and uncredited recording sessions

Duane Allman guitar featured (in his hands) last in the Layla series.

In November of 1970, Eric Clapton and Jim Gordon together with their band, Derek and the Dominos released the only studio album they have: Layla and other assorted love songs.

The song “Layla” was inspired by a poem Clapton had read and his unrequited love for Pattie Boyd. The poem, The Story of Layla and Majnun was based on two young star crossed lovers. Clapton was so moved by the story that he wrote a musical piece and titled it Layla.

The original piece was written as a love ballad but quickly become a rock song when Allman composed the song’s riff. Despite getting a lackluster response on its first release, Layla has since grown to become a hit song, finding itself on the top 50 of several billboards.

Duane Allman played a 1957 Gibson Les Paul goldtop which featured in most of his work, including the hit song Layla.

The story surrounding the song “Layla”  and the fact that it was the last recording Duane Allman did with this guitar is why this  guitar which bears the serial number: 7 3312 is popularly called “Layla”.

This was the Guitar Duane played all up to 1969, when he traded it for a 1959 cherry burst Les Paul Guitar. When he got a new guitar, a cherry burst 1959 Les Paul, Allman had the gold pickups from Layla transferred to the cherry sunburst. This trade off was done freshly after the recording of Layla.

Despite getting a new guitar, Duane Allman’s guitar, Layla is said to have featured in a bulk of his work.

What Happened to “Layla”?

Stine who had gotten the Les Paul 1957 guitar, along with 200 dollars cash and a 50-watt Marshallhead in exchange for a 1959 Les Paul,later sold it off locally.

In 1977, Scot Lamar, a lover of Les Paul guitar bought it and took it through a series of finishing. In 1997, with the help of Tom Murphy who works at Gibson’s Historic Division, he finally got it right.

The Duane Allman’s guitar, Layla recently auctioned for a whopping $1,000,000.  The history behind the song “Layla”, Duane Allman’s skills on the guitar contributed to giving this guitar an amazing history and worth.

Did you know Slipknot’s Corey Taylor is auctioning off 13 guitars? All from his personal collection to raise money for Direct Relief’s COVID-19 response efforts.

Did you hear that Kurt Cobain’s ‘MTV Unplugged’ Guitar has sold for a cool $6 Million?

Keep up to date with all the Music news at Phuket FM Radio, and please join our Facebook Group. Tune in online, and if you are in Phuket 91.5 and 102.5 FM.