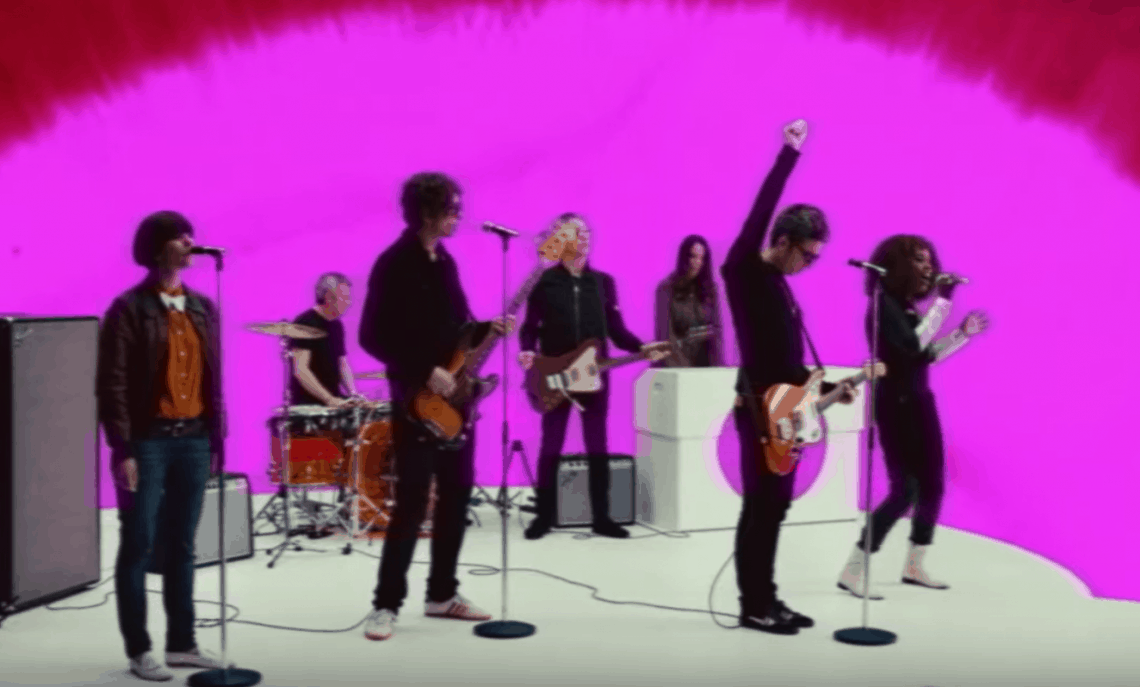 Noel Gallagher and the High Flying Birds have dropped a music video for the band’s recent single “This is the Place.”

The video, directed by Dan Cadan and Jonathan Mowatt, makes use of a green screen to shift the tone and visuals as the musicians perform.

In the clip, Gallagher and his bandmates play the track in front of the green screen as psychedelic imagery rotates behind them, giving a throwback ’80s effect with some of the shots. Occasionally, the camera cuts away to other footage, including shots from Western films and a car driving down the road at night.

“This is the Place” comes off the band’s upcoming EP of the same name. The EP, which drops September 27th, includes two other new tracks, as well as two remixes, including one of “This is the Place” by Dense & Pika. It follows the band’s recent EP, Black Star Dancing, which dropped in June. This Is the Place is the second of three EPs planned for 2019 and was produced by David Holmes.

Noel Gallagher and the High Flying Birds are also touring in North America as the support act for The Smashing Pumpkins this month, which wraps August 31st in Mountain View, California.

Did you hear, Strawberry Field, the Salvation Army children’s home in Liverpool near John Lennon’s childhood opens to the public.