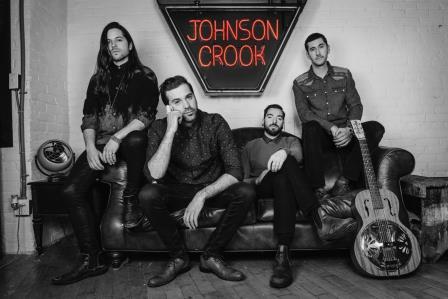 I’m from Cochrane, Alberta/Canada and I play the guitar and sing in Johnson Crook. The band formed in Toronto, Ontario but the other members come from Minnedosa, Manitoba and Greensburg, Pennsylvania/USA.

I have been drawn to writing and performing music since I was 16 years old. Country music is very popular in my home province of Alberta so I grew up listening to it and naturally it came out through my writing. Same goes for the other members of the band. 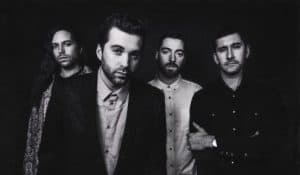 We all write songs in the band. Sometimes one band member has an idea that he brings to the band, other times someone has a fully finished song. Personally, I try to write as much as possible to keep my mind in “writing mode”. Just like working any other muscle, the more you do it the better you get!

It’s hard to pick just one, but I’d have to say, Bruce Springsteen. He is such an incredible lyricist and has hundreds of great songs. Would love to sit down with him and see what we could come up with.

I really love all the tracks on this album for different reasons. If you’re sitting having your morning coffee I’d say listen to “Shadows”, if you’re having beers with friends about to go out for the night, I’d check out “Old School Rock & Roll” or “Minnedosa”. My favourite track, however, is “Mr Nobody” since I got to sing it with my hero, Tom Cochrane.

So, this Sunday 10 PM in Phuket, New Music with Allen Bell and if you’re not in Phuket tune in online or download the mobile apps.

And call by Johnson Crook on their Website: https://www.johnsoncrook.com/