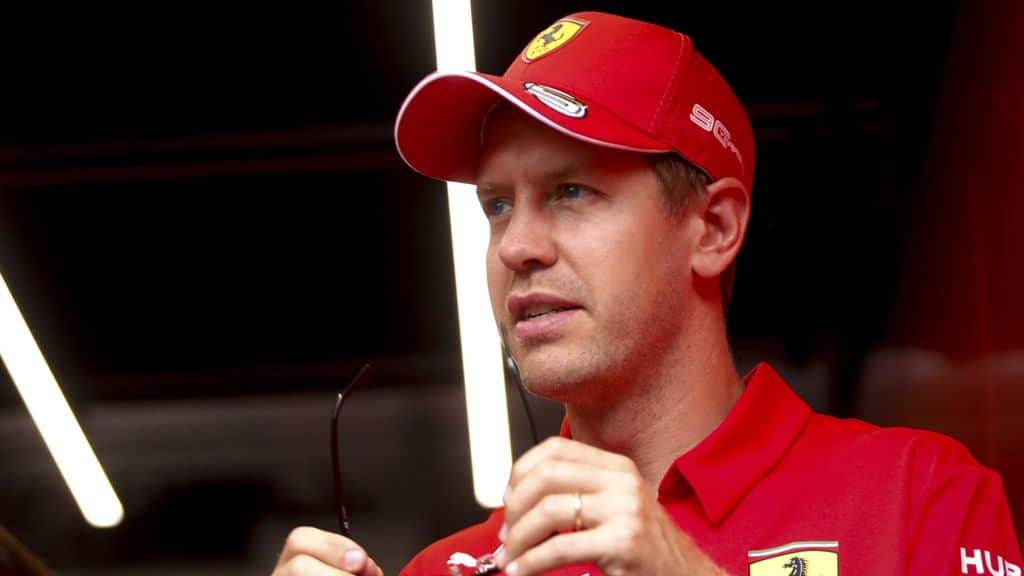 Ferrari’s Sebastian Vettel will drive for Aston Martin next season having signed a multi-year deal with the team.

Racing Point are to be re branded as Aston Martin in 2021 and four-time world champion Vettel, who is leaving Ferrari at the end of this campaign, will head up the new-look team.

The 33-year-old German will team up with Lance Stroll, 21, the son of Canadian fashion billionaire Lawrence Stroll, a co-owner of Racing Point.

The announcement comes after Sergio Perez revealed on Wednesday night that he was no longer wanted by Racing Point after seven years with the Silverstone-based team.

Vettel said: “I’m extremely proud to say that I will become an Aston Martin driver in 2021. It’s a new adventure for me with a truly legendary car company.

“I have been impressed with the results the team has achieved this year and I believe the future looks even brighter.

“I still have so much love for Formula 1 and my only motivation is to race at the front of the grid. To do so with Aston Martin will be a huge privilege.”

Team principal Otmar Szafnauer added: “Sebastian is a proven champion. On a Saturday or Sunday afternoon, Sebastian is one of the best in the world, and I can’t think of a better driver to help take us into this new era.”

Vettel, who won four consecutive titles with Red Bull between 2010 and 2013, and in terms of victories is the third most successful in the sport’s history behind only Michael Schumacher and Lewis Hamilton, was signed by Ferrari to end that period without success.

But the Italian hierarchy grew tired of a number of error-strewn seasons by Vettel which allowed Hamilton to march to the last three world championships.

Leclerc’s arrival last year hastened his exit, with Ferrari not even entertaining offering Vettel an extension to his deal which expires at the end of the year. Vettel will hope the move to Racing Point will breathe fresh life into his career.

Racing Point have been in the spotlight this year after they were docked 15 points and fined £361,000 for copying parts of the Mercedes that Hamilton drove to last year’s title. They are fourth in the constructors’ standings, two places ahead of Ferrari.

Vettel in Singapore. The 2020 F1 Season and Alex Albon a rising star or not?