Transitions on a Tuesday in Phuket 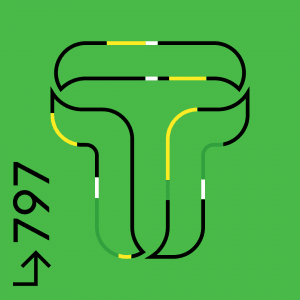 NOT this week, it’s not quite the middle of the week, and you can’t complain about how terrible Monday is. Face it, Tuesday in Phuket and perhaps Tuesday night has the potential to be incredibly boring. But, what if all you had to do to transform your Tuesday night from bland to wickedly brilliant was to turn on your radio, or open up a single app on your mobile phone? Seems easy, right?

John Digweed is one of the finest world-class DJs and music producers there is, and he’s been doing it for over 30 years. Born in Hastings, England, John Digweed started working with turntables at the age of 15 in Hastings, making a real name for himself performing at clubs and venues around the city.

Eventually, Digweed’s reputation preceded him, and he began producing records and artists for his very own record label, Bedrock Records.

For almost 11 years, John Digweed hosted and orchestrated a popular radio show that was broadcast once-a-week on the iconic station, Kiss 100 in the United Kingdom called “Transitions”.

Transitions is a two hour show that features John Digweed playing music for the first hour and a curated guest DJ of choice spinning tracks for the second hour. This lauded show became a standby for those in the EDM and House music worlds, as Digweed would regularly feature smaller, unknown tracks with his own unique style added to them, as well as bringing lesser-known DJs to the attention of his audiences and loyal following.

John Digweed hosts his truly electric weekly show online and on stations across the world, including Phuket Island Radio 91.5 and 102.5 FM! Transitions on a Tuesday comes to you weekly from 10 p.m. to midnight on your radio and on our mobile apps!

This week’s show features classics like â€œAmber Long – Good Time (Original Mix), and soon to be classics Going Back (Oxia & Miss Kittin Remix). Transitions on a Tuesday will also be featuring a guest mix for the second hour from up and comer Daniel Dexter, playing tracks like Bottoms Up [Get Physical] And him and Synapson ft. Anna Kova – All In You (Joss Moog Remix) that you’ll remember for a long time to come.

Don’t let your Tuesday in Phuket go to waste.

Here’s the full tracklist for this week’s show.