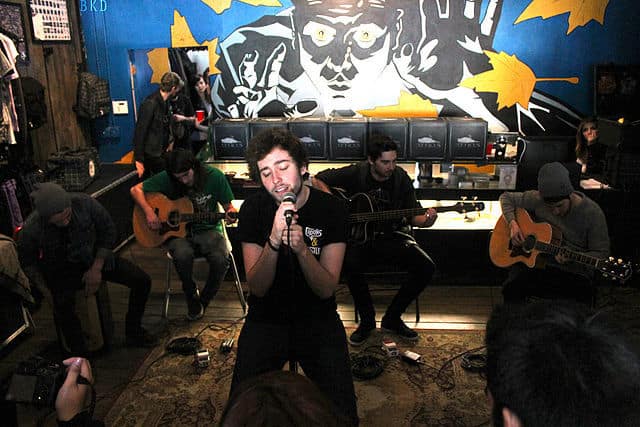 You Me at Six – Top of the Pops

This week Top of the Pops talks to the British rock band You Me At Six who are back with a brand new album and hoping for their second chart-topper.

Top of the Pops is live via satellite every Saturday at 4 pm with a re-run if you missed it on Sunday at 4 pm only on 91.5 and 102.5FM and online with free downloadable mobile apps.

UK Rock band You Me at Six

You Me at Six are an English rock band from Weybridge, Surrey. Formed in 2004, the group achieved success in 2008 with the release of their debut album, Take Off Your Colours, which included the singles “Save It for the Bedroom”, “Finders Keepers” and “Kiss and Tell”, with the latter two peaking at number 33 and number 42 respectively in the official UK Singles Chart. Their second album Hold Me Down (2010) debuted at number 5 in the UK, while third album Sinners Never Sleep (2011) peaked at number 3, was certified Gold, and spawned the band’s fifth top 50 single “Loverboy”. (credit Wikipedia)

Looking for more, visit You Me at Six Facebook page.

Also, in this week’s show, we have music from the debut album from Sundara Karma. 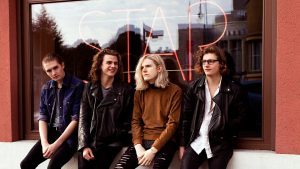 You can visit their website here for all the latest UK tour dates.

Top of the Pops has all of the high climbers and top 5 songs in the UK charts.

Plus we take a look at who is selling the most in Australia.

Top of the Pops is Presented by Kim Robson