Soundtraxx hosted by Mark Stanley who takes you on a unique musical journey. A diverse mix of Contemporary Jazz from established artists, as well as the best of new and upcoming talent from the world scene. Starting with a bedrock of Smooth Jazz and adding the ideal mix of Jazz ingredients, including R&B, Chill, House, and Soul…

It’s SoundTraxx, the Perfect Blend of All Things Jazz

Having grown up around New Orleans, one of the premier cities for Jazz, Mark’s parents introduced him to many of the Jazz legends, including Glenn Miller, Benny Goodman, Frank Sinatra and Peggy Lee, not to mention his own early jazz faves Wes Montgomery, Charlie Byrd and Floyd Cramer.

Entering his more “mature years” as a teenager, it was Booker T, The Temptations, Barry White, The Supremes, Tower of Power, and Stevie Wonder. As a band leader, Mark and the guys knew that no self-respecting 60’s rock band’s repertoire was complete without a cut or two from Gabor Szabo and Isaac Hayes, mixed in with the Beatles and Hendrix.

Early in Mark’s radio career, someone decided that Mark had “too much personality” for news, so he was promptly banished to the music side of radio. Shortly thereafter, Mark was almost fired for “smuggling” the music of Ronnie Laws, Donald Byrd, the Brecker Brothers, the Crusaders, Larry Carlton, and Hubert Laws into the playlist. What gives? “Low Profile, High Energy Rock,” without Jazz? No way that could be right. But somehow he kept his job, perhaps because the ratings improved. Go figure. 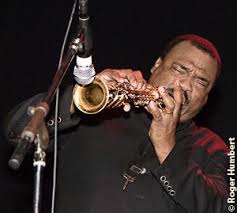 It wasn’t long before Mark was off to advertising and television, producing and directing live TV… not much Jazz there, but a lot of fun, plus a stint as network announcer for a major U.S. cable network. To this point, after working in Smooth Jazz radio in its infancy, Mark has continued providing services in radio/TV consulting and projects as a voice-over artist. Read more about Mark Stanley HERE

The passion for “all things Jazz,” combined with over 10 years observing the decline and disappearance of the Smooth Jazz format on terrestrial radio, has been the inspiration to start an all-new radio show doing Jazz the right way and making it available everywhere.

The result is SoundTraxx with Mark Stanley, and you’re invited to join us every Sunday evening from 8pm.

More about our fantastic Phuket Island Radio shows here and have a look at our other world class presenters and DJ’s here.