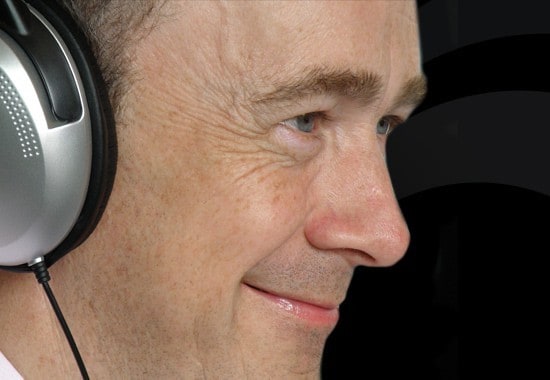 Every so often something on the radio comes along that is really “GREAT”.

James Ross presents The Greatest Hits Of Music every week.

With a focus on the biggest and best songs through the years – Great songs that you remember, and some you’ve forgotten!

James has been broadcasting one way or another since he was a scruffy teenager. He’s been a DJ, Producer, TV Presenter, Journalist, Reporter, Operations Manager and Distribution Manager at numerous radio and TV stations in the UK and around the world. Somehow the radio and TV is “in his blood”. Throughout his career, he’s had close links with many aspects of broadcasting.

James and the BBC.

James started out in BBC Local Radio, working at BBC Radio Solent. BBC London and BBC Radio Bristol, mixed with spells at Radio Top Shop. He was then, for many years, behind the scenes at BBC Radio One. As a reporter at BBC Radio Two and LBC News Radio. His reporting speciality was travel shows, and for this, he travelled all over the world. Recording radio programs about destinations such as Barbados, Egypt, Cyprus. Not forgetting Hungary, Sweden, China, Japan, the U.S, and many others… an exotic and fun job which he loved… perhaps not surprisingly!

James has also been lucky enough to work closely, while at the BBC and numerous celebrities. As diverse as the Pet Shop Boys, the Rolling Stones, Jeremy Clarkson, Simon Bates, Alan Freeman, Terry Wogan – and many others. With a slightly different hat on, James played key roles both in front and behind the camera at financial network Bloomberg Television in Tokyo and Hong Kong. In this role, he saw at close hand the rise and fall and rise again of Asia’s economies.

Back on the entertainment side James has also worked for UK broadcaster ITV working to expand shows such as Ant and Dec’s Saturday Night Takeaway and I’m A Celebrity Get Me Out Of Here to a global audience. But it’s music radio that is his first love and in the radio world, he’s also presented shows for top radio stations all over the world, including those in countries as diverse as Spain, Hong Kong, Sri Lanka, Thailand etc..

Rather than focus on one particular era, The Greatest Hits Of Music plays the biggest and best hits from the sixties right up to today’s hits. The show is about the strength of the artists and the familiarity with their songs. It’s about the best-produced, and most-uplifting hits through the years. All mixed together with occasional songs from charts around the world. Music and showbiz news, and a bit of light fun and banter.

Catch James Ross and The Greatest Hits of Music on Phuket Island Radio every Sunday from 2 pm or online anywhere in the world. Want more? Our huge variety of radio shows are sure to have something you’ll love, see them here.