Judge Jules Global Warm up is here every Saturday with a re-run on Wednesday. Jules first took to the decks in 1987, launching a career that has notched up millions of miles, a legacy of spins on decks and countless gigs in far-flung destinations, as well as the odd dirty warehouse, was thrown in for good measure!

5: EATS EVERYTHING – Get Up (Extended Mix)

10: BASIC INSTINCT – You & I Under the Moonlight

15: ROSS MCDOUGAL – Still in Love with You  (Original Mix)

THE WARM UP SELECTION

24: GHOST ETIQUETTE – Letters From The Past (Extended Mix)

Jules’ DJ sets are the epitome of what DJing is about – passion and crowd connection, amazing tunes and a set of hands capable of the most nimble of mixing.

With a list of awards that would make the British Olympic team blush, Jules has earned his place amongst the DJ aristocracy with such accolades as – Best DJ (Muzik Awards), No.1 DJ (Mixmag readers’ poll), Best International DJ (Dancestar Awards) and Best Radio DJ at the Smirnoff Dancestars. Jules also attained the lofty height of no. 3 in DJ Mags legendary top 100 DJ’s poll in 2000 and has been a constant presence in the upper levels of the poll ever since.

Awards aside, Judge Jules remains one of the most popular, in-demand and influential figures in dance music, playing some of the most sought-after gigs. As a pioneer of the club scene, Jules continues to grace the decks at many of the worlds biggest and best dance events. From Gatecrasher and Ministry of Sound to Global Gathering and Creamfields in the UK, Jules is always a firm favourite, as he hits the top clubs and events around the world….

If you miss the show scroll up the page now On-Demand, yep this weeks show ready to play ANYTIME.

They say that you haven’t achieved iconic status as a DJ until you have established yourself in Ibiza, and Jules’ presence there is legendary. His weekly night, Judgement Sundays, every Sunday @ Eden Discoteca is one of the island’s busiest and most famous. In 2009, Judgement Sundays celebrated ten years at the top of its game — no mean feat for a club night in Ibiza. The subsequent years have cemented Judgement’s reputation as a must-see event for the 16 weeks of each summer season. Jules plays at each event alongside the true aristocracy of dance, including the likes of (in 2011) Ferry Corsten, Sander Van Doorn, Eddie Halliwell and Cosmic Gate.

More information on Judgement Sundays can be found at www.judgementsundays.es

Jules’ podcast has become one of the most eagerly awaited arrivals to the personal playlist of nearly half a million subscribers. His weekly dispensation of the must-have new tunes is fast becoming an institution in its own right.

Jules has enjoyed a long and influential heritage on the radio over a 20 year period, with Kiss FM, then Radio 1. He now joins 91.5 and 102.5 FM with his Judge Jules Global Warm Up show which has won numerous awards and plaudits from music fans and fellow DJs from all around the world. Learn more about our presenters here that keep bringing you the beats 24/7.

Latest news from Judge Jules and the Global Warm Up 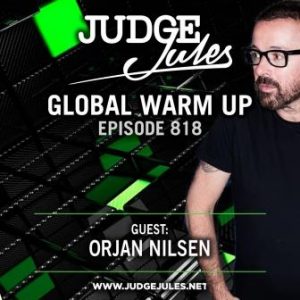 Judge Jules presents The Global Warm Up show number 818 and as usual it is packed. SAN SEBASTIAN – Arrogant ROSARIO GALATI – I Love VERSUS FT. ABIGAIL BAILEY – Nihon HARRIS & HURR – Back & Forth JAY FROG & HOXTONES – Bring The Funk (Hoxtones Mix) ALI BAKGOR – Falling Faster This show…
Read More The Global Warm Up show number 818
Judge Jules tours the UK and it kicks off this Friday night, 2nd December, at Cream in Minehead, UK! The world-renowned DJ, broadcaster, producer and world traveler is taking his best tracks around the country. With yet another season of Judgement Friday’s at Eden, Ibiza behind him, he’s ready to bring the beats back to…
Read More Judge Jules tours the UK 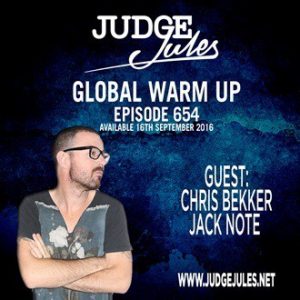