Every Saturday and Sunday BBC Top of the Pops

BBC Top of the Pops is available on 91.5 & 102.5 FM Phuket Island Radio every Saturday at 4 PM as a LIVE show direct from London on our BBC satellite with a re-run on Sunday at 4 PM.

Top of the Pops first arrived on the UK scene on New Year’s day in 1964. Top of the Pops, also known as TOTP, was a British music chart television programme made by the BBC.

More than 50 years later, the Top of the Pops weekly round-up of the UK Top 40 and album charts is still going strong. 91.5 & 102.5 FM are delighted to be associated with this show and bring it to our Phuket listeners weekly.

The BBC have several pages associated with the history of Top of the Pops, and it’s well worth a look back.

Top of the Pops features the top stars

Rapper Digga D is turning his life around

British Rapper Digga D is turning his life around through his music after spending time in jail.

He has just released his third album Noughty by Nature and explains how his life has changed.

In the singles chart, there is new music from Lauren Spencer-Smith and we find out if Harry Styles can hang onto the top spot for a third week.

In the album chart, we welcome the latest from Kurt Vile who is back with his ninth studio album.

Did you know Wet Leg has been one of the most written-about new acts of the last 12 months?

They have finally released their debut album, and we will be finding out all about it.

Singer-songwriter Father John Misty is back, and he will be telling us about his musical influences.

We also have new music from Jack White, Camila Cabello, Jack Harlow and Kae Tempest, and we will find out if Harry Styles can remain at number one for a second week.

American band The Killers are back with their second album within a year and on this week’s show lead singer Brandon Flowers will be talking about their new music.

Also hearing from London-based production duo Jungle who have returned with their 3rd album.

There is also music from Jade Bird, Wizkid, Lizzo who has teamed up with Cardi B plus a new hit from Digga D.

We find out if Ed Sheeran can make eight weeks at the top with his 10th UK chart-topper Bad Habits.

Plus, we look at the top five best-selling songs on the charts.

After a string of hit songs, Anne Marie is back with her second album, and on this week’s show, she tells us about her new collection of songs.

We also hear from Emma Jean Thackray, who has just released her first album after many EPs and singles.

There is music from a remix album from Paul McCartney, plus the second album from the award-winning UK rapper Dave, and a new hit from Lil Nas X.

We also find out if Ed Sheeran can make it to week five at the top with his 10th UK chart-topper Bad Habits.

Plus, we look at the top five best-selling songs in the charts.

Of course, as a progressive and content-driven radio station and website such as Phuket FM radio, we are constantly updating and bringing the Phuket Radio listener the latest music news and gossip.

At 91.5 & 102.5 FM, along with the weekly Top of the Pops Show, you will find music featured in the main 91.5 & 102.5 FM playlist from artists such as Rihanna, Katy Perry, Maroon 5, Coldplay, Kanye West all mixed in with the classics from Queen, U2, Metallica and Phil Collins and even the Rolling Stones and Keith Richards to name just a few.

All this, complemented by the early evening format with shows such as Replay, Club Classics,  Street Candy, and We Love Disco, ensures Phuket Island radio listeners and the wider global audience receive an eclectic mix of the latest and most popular music from our studio situated in the centre of Phuket.

BBC Top Of The Pops Magazine is the biggest-selling teen lifestyle title on the market, focusing on self-discovery, self-expression and the world of celebrities. Featuring the latest fashion and beauty, star gossip, real-life stories and celebrity advice, the magazine brings readers exclusive and exciting content every four weeks.

The UK’s Official Chart on Radio 1 BBC Top Charts is available on Radio 1 every Friday at 16:00 UK Time. 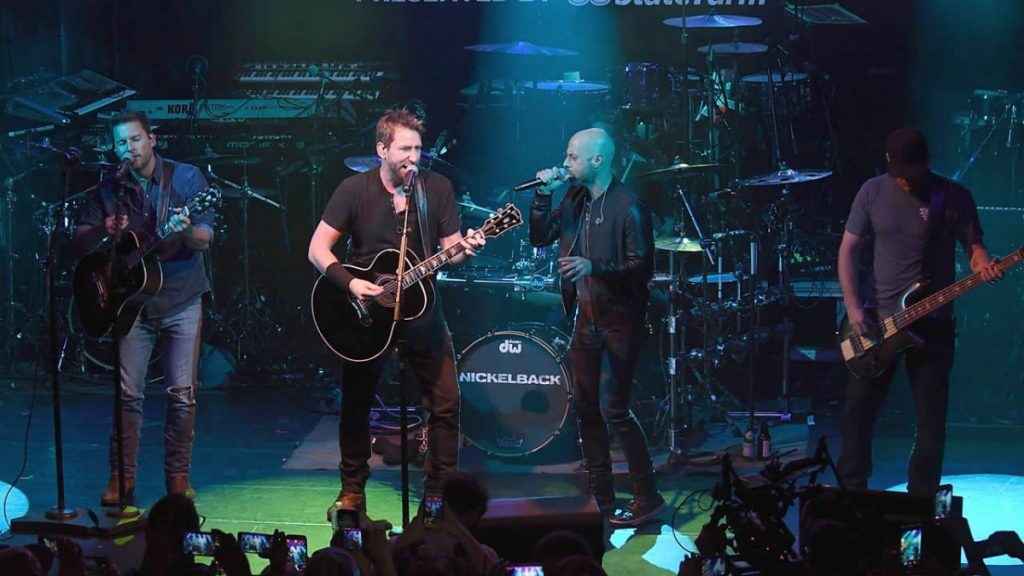 Nickelback is one of Canada’s most successful bands with a string of hits including How You Remind Me and Rock Star. BBC Top of the Pops broadcasts live from London on a Saturday at 4 PM in Phuket on 91.5 FM and 102.5 FM and Online via the Internet radio portals. The weekly Top Album…
The full story is here….. Nickelback are back 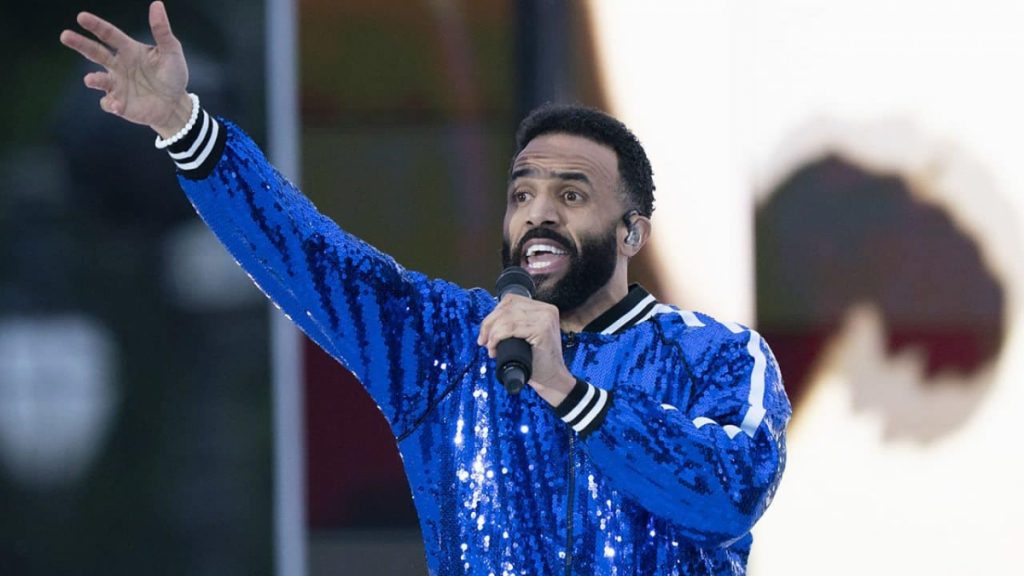 UK Garage and R&B singer Craig David is back with not only a new album but also an autobiography. BBC Top of the Pops broadcasts live from London on a Saturday at 3 PM in Phuket on 91.5 FM and 102.5 FM and Online via the Internet radio portals. The weekly Top Album and singles…
The full story is here….. Craig David and Slipknot 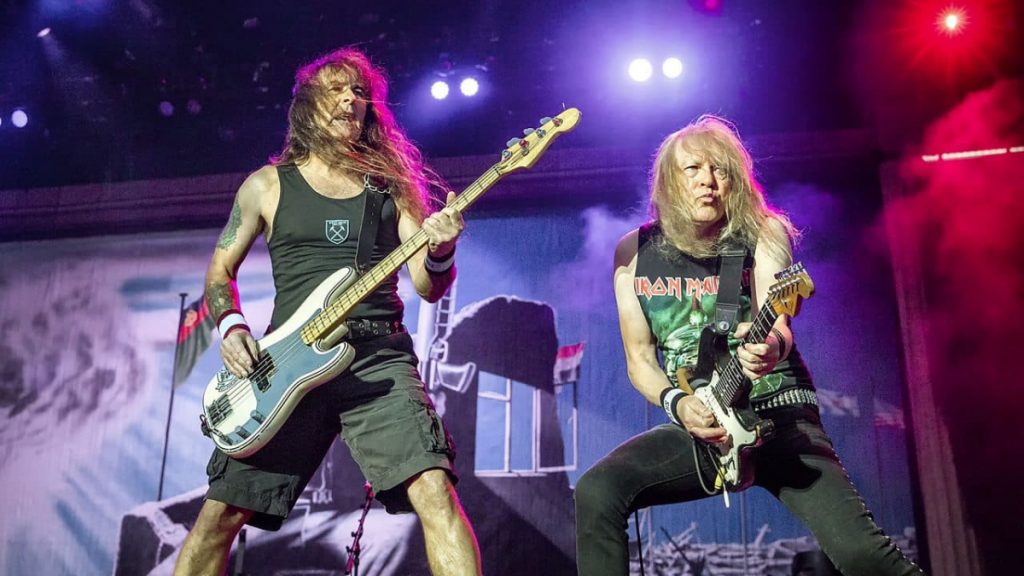 Since the early 1980s, Iron Maiden has been one of the UK’s most successful bands globally with a trademark sound and image. They are now back after a break of six years with a new studio album. We find out all about it on this week’s show. Iron Maiden on Wikipedia: Steve Harris, Iron Maiden’s…
The full story is here….. Iron Maiden love it or hate it? 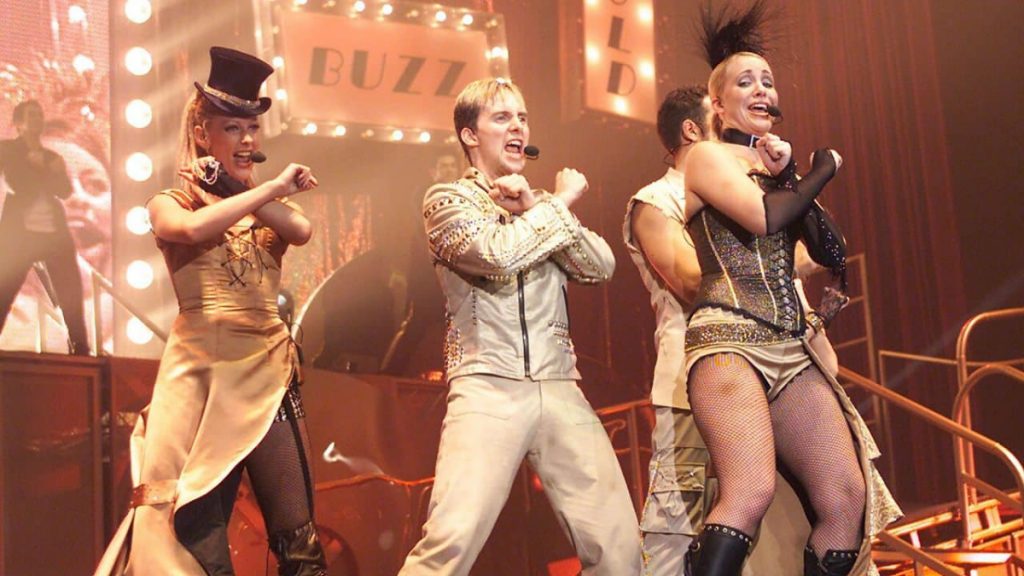