BBC Digital Planet is part of the Phuket FM Radio EDUtainment programming. Produced by the BBC and available to 91.5 FM and 102.5 FM as BBC Broadcast partners.

Meet The Team at Digital Planet

Before Gareth Mitchell joined BBC World Service he was a broadcast engineer.

“The people who seemed to be having all the good fun were the creative types in the studios,”

and so he swapped engineering for presenting.

In his spare time, he lectures in broadcast and written journalism at Imperial College in London.

Technology writer Bill was born in Jarrow, grew up in Corby and went to Cambridge University.

He still lives and works in Cambridge.

Two years later he became a freelance writer and has been writing and broadcasting ever since.

Ghislaine joins the programme with many years experience in the integration of the human body and digital technologies.

Passionately considering from all angles the best outcomes for us living beings within this wonderful world.

A Reader in Digital Immersion at the University of Greenwich, she is Creative Director and curates and presents worldwide on her futuristic ideas.

Technology for all BBC Digital Planet

Whilst 91.5 & 102.5 FM strives to bring you the latest in Phuket news via internet radio, 91.5 & 102.5 FM also wants to offer you information from around the globe. Phuket Thailand may not be the most up to date in the technological world.

By tuning into BBC Digital Planet with 91.5 & 102.5 FM you’ll stay updated with all the latest gadgets and gizmos.

With FREE online radio, and the show available all week On-Demand you can listen to Digital Planet when you want. Now isn’t that convenient?

EDUtainment in the comfort of your own home in Phuket, Thailand even though it is broadcast from the BBC in London.

Why not give the other shows at Phuket Island Radio a listen. Don’t forget to catch Top of the Pops also from the BBC at 4pm every Sunday, tune in and hear for yourself why 91.5 & 102.5 FM are The Phuket Radio stations.

Digital Planet from the BBC on Phuket FM Radio

El Salvador has voted to recognise bitcoin as legal tender, and there is a great deal of interest globally in digital currencies that provide an alternative to cash.

However mining bitcoin, the intensive computation needed to claim ownership of new Bitcoins, uses vast amounts of electricity – more than many countries produce.

Currently most of this energy is supplied from traditional fossil fuel sources rather than renewables. Larisa Yarovaya from Southampton Business school discusses whether Bitcoin is really worth the environmental cost.

Drones for surveying disaster areas with cameras have been around for a while , but now researchers at the Fraunhofer Institute for Communication, Information Processing, and Ergonomics have revealed a drone based system that can listen to the environment and pinpoint people who may be in distress following floods or earthquakes. Researcher Macarena Varela describes the drone and its microphone array.

And lidar, the survey method which used lasers to reveal topographic detail is now finding a use in mapping Rio De Janero’s Favelas. These areas of informal housing developed in largely unplanned ways, but a wider understanding of their geography might help those who live there access essential services.

The lidar survey has the advantage of being conducted without revealing the inhabitants personal information say MIT researchers Arianna Salazar Miranda and Claire Gorman.

We broadcast a huge amount of BBC EDUtainment including The UK Top 40, Top of the Pops. Science in Action, Health Check, and Discovery. Not forgetting every hour the BBC News direct from London. 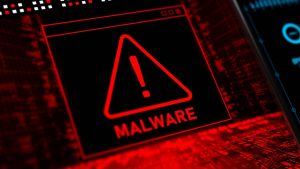 16% of mobile phones in emerging markets like Brazil Indonesia, South Africa and Thailand are infected with malware, compared to 2.6% globally, according to a new report by the mobile anti-fraud firm…
Read More 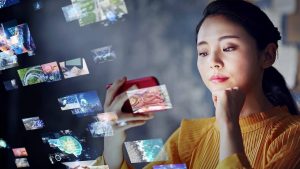 Here’s a great question, how much Phone data do you think you are sharing? Have you ever wondered what your phone is doing when it’s not in use? Your iPhone or Android…
Read More 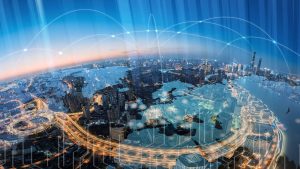 The Digital Intelligence Index (DII) has calculated that almost two-thirds of the world’s population is now online. The newly published report analyses 12 years of data to map 90 economies and over…
Read More 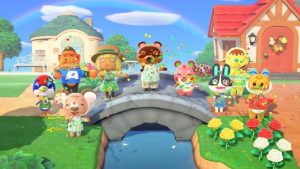 Playing video games is positively linked with wellbeing according research from the Oxford Internet Institute. The new study is the first of its kind as, instead of asking players how much they…
Read More