BBC Health Check may not be what you would expect and you may be tempted to have a long lazy lie-in on a Sunday morning, but now there’s a reason to wake up early and tune in to 91.5 & 102.5 FM Phuket FM Radio on Phuket Island, Thailand! Tune into 91.5 & 102.5 FM Phuket Island radio at 8 am every Sunday morning for your weekly dose of Health Check from the BBC in London.

BBC Health Check is the start of four morning shows, direct from the BBC in London, that explore a wide range of health-related topics from all over the world. BBC Health Check grapples with health issues on a global scale. Investigating discoveries and solutions in healthcare and looks at how to deliver a healthier world. Presented by Claudia Hammond who will bring you up to date with the latest relevant news. Health Check explores potential ways to solve the most hard-hitting problems in healthcare today.

Brought directly to you on 91.5 & 102.5 FM whether you are in Phuket Thailand or via internet radio streaming, not only to the UK but around the world, thanks to free online radio. You can count on 91.5 & 102.5 FM to keep you up to date with not only Phuket news but health news from all over the world. 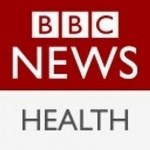 Sometimes living on a beautiful Phuket Island paradise can mean that we are sheltered from a lot of current news and events from around the world. Packed with only the newest and most current news in medicine, there is no need to ever feel uninformed again. Start your weekend having learnt a new fact or by learning more about something you were unclear on. Why not use that new knowledge as a way to impress your friends or as a conversation starter, you never know when it may come in handy!

Perhaps you would like to know more about daily health topics in general? If so, what better way to brush up on your health skills than with BBC Health Check from the BBC and 91.5 & 102.5 FM! There’s no need to stop with just Health Check. Phuket Island Radio offers a fantastic range of weekend shows including Digital Planet for you Technology geeks, Discovery and Science in Action and of course shows are followed when Phuket Radio presents their retro show DISCTraction, along with many other daily shows for your entertainment. Visit us at Phuket FM Radio to see what we have to offer. You won’t be disappointed!

Healthcheck from the BBC on Phuket FM Radio

On Health Check this week:

On this edition of Health Check, we discuss mental health in Hong Kong, Allergy Anxiety and the benefits of Oxytocin.

A new study in Hong Kong has highlighted the impact which continuing social unrest is having on the mental health of people who live there. The researchers have been analysing data from 18,000 Hong Kong residents over the last 10 years. They noted that the number of adults who reported symptoms of Post-Traumatic Stress Disorder was six times higher than four years ago, and levels of depression were found to be comparable to conflict zones.

We hear from an expert who says that healing cannot commence if the symptoms of distress are treated, but the underlying social and political climate remains unchanged.

In many countries there are growing numbers of children with severe allergies to foods like peanuts. Along with their families, they have to learn to avoid not only their trigger foods but also cope with the mental health issues which living with such an allergy can bring. We hear from a psychologist, a mother and her son about the daily challenges of living with a potentially life-threatening condition, and about the emerging evidence for therapies which help to address their fears.

Oxytocin is sometimes called the hormone of love because of how it helps a mother and baby to bond, but Swedish author and scientist Kerstin Uvnas Moberg says it’s much more than that in her book, Why Oxytocin Matters. It reduces inflammation, helps us to keep calm and is even produced by our pets when we stroke them. 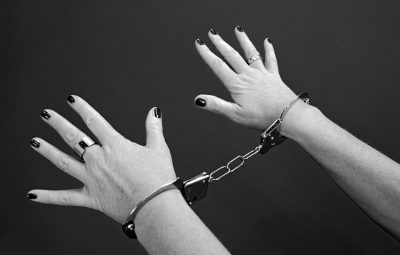 This week health Check from the BBC and presented by Claudia Hammond looks at Vitamin D, earworms and declining malaria […]

Trafficked children in Southeast Asia, Â In the largest study of its kind, researchers at the London School of Hygiene and […]

Does eating while walking lead to over-eating and weight gain? A study in the UK suggests eating on the move […] 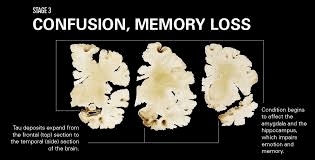 Millions of us – adults and children – play games like rugby and football every week. But concern is growing […]

Healthcheck from the BBC