Judge Jules, The Global Warm Up. 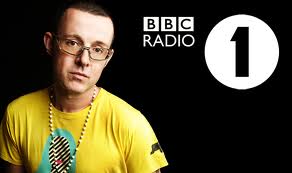 Judge Jules is my idol and produces some of the greatest dance music over the last 20 years, roll on.Dan S. Malaysia

Judge Jules and The Global Warm Up is right here every Saturday at midnight! Two whole hours of uninterrupted dance music, on air at 91.5 and 102.5 FM and online on your tablets and mobiles.

Most would agree Judge Jules is a music legend.

In a vocation which has traversed over 20 years and with a rundown of grants that might make the British Olympic group redden.

Judge Jules earned the nickname due to his field of study, he’s a lawyer and while at university, he would host small parties and would be the DJ.

Widely advertised as The UK’s Saturday Warmup, or The Weekend Warm-Up. The Sound Of Saturday Night became one of the most infamous jingles used in that slot.

They say that you haven’t accomplished notorious status as a DJ until you have secured yourself in Ibiza, (and Phuket Island Radio) and Jules has certainly done that. Week after week, Judgement Sundays, each Sunday @ Eden Disco was one of the island’s busiest and generally well-known show on the fun island of Ibiza. In 2009, Judgement Sundays commended ten years at the highest point of its career – no mean accomplishment for a nightclub in Ibiza.

Eden is known as “San Antonio’s most legendary night”

The ensuing years have solidified Judgement’s notoriety as an unquestionable professional and any opportunity to meet and listen to him should be taken especially through the 16 weeks, middle of the year season in Ibiza. Jules has played with the biggest names in the scene and at every occasion pleases his audience, incorporating any semblance of (in 2011) Ferry Corsten, Sander Van Doorn, Eddie Halliwell and Cosmic Gate to name but a few.

Heroes and Villains were formed in 2008 and saw Jules working with designers to produce his own clothing range.
UK charity Breakthrough Breast Cancer had the benefit and support of Judge Jules in 2009 when he joined the Breakthrough Running Club as the club DJ.

Judge Jules is without a doubt an icon and in the social networks one of the biggest, with over 200,000 fans on Facebook & Twitter. Like many world famous DJ’s, he can be heard and seen playing everywhere throughout the globe – incorporating USA, UK, France, Germany, Russia, Australia, Sweden, Brazil, Italy, Spain, Ibiza, Switzerland and of course Phuket Island Radio 91.5 and 102.5 FM.

Tune into Global Warm Up every Saturday at midnight and download the FREE mobile apps.

But wait there’s more – See our impressive list of exciting Phuket Island radio shows that will get you in the mood, wherever you are in the world.