Dance Music and Electronic Dance Music, EDM if you prefer, from a historical, progressive and ‘now’ point of view?

There are early examples of electronic dancing music going back as far as the 1960’s which includes Jamaican dub music. Along with The Yellow Magic Orchestra in the late 1970’s and the disco music of Giorgio Moroder also in the 1970’s.

EDM or electronic dance music also called club music, dance and dance music is a broad range of percussive electronic music genres. Disc jockeys or DJ’s as they are now called made or created seamless selections of tracks largely for nightclubs.  Usually called a mix the skill was to play live with segueing from one recording to another.

During the 1980@s and early 90’s  raves, club culture and festivals appeared. EDM was born and the Dance Music, Electronic Dance Music industry hasn’t looked back since.

Moving into the mid to late 1990’s EDM acquired mainstream popularity in Europe. Dance Culture and the acceptance of it was not universal with mainstream media staying hostile. Unfortunately, The Music and Electronic dance music brought with a drug culture and governments at all levels tried to stop the spread of rave culture.

However, during the early 2010’s the term “electronic dance music” and the initialism “EDM” along with “dance music” was accepted by the music industry with the music press trying to rebrand rave culture.

Today a specific EDM brand is more of an umbrella term for multiple genres, and sub-genres including trance, dubstep, house, techno, and drum and bass to name a few. You can find more on the History of Electronic Dance Music by visiting HERE

Our radio station was established in 2008 and has provided a mix of music genres through the last decade, not only to Phuket listeners but also via online, mobile apps and a number of specialist radio portals such as Tune In and Streema.

In 2010 following the implementation of our BBC Broadcaster agreement we were given the opportunity to represent some of the biggest International EDM and dance producers in the World.

We welcomed such names as Armin van Buuren, Carl Cox, Judge Jules, Paul Oakenfold, and have subsequently rolled out shows from Mark Brown, Adam Beyer, John Digweed with others wanting to join our schedule.

The Global Warm Up

A State of Trance

As you can see, this is a stellar line of top names.

“The Latest Dance Music and Electronic Dance music news from our providers around the World.

What is Dance Music, also known as Electronic Dance Music (EDM). A great question to get us started. It is a genre of electronic music that emerged in the early…
Read More What is dance music
Swift extends the record she set last week for the longest consecutive run at Number One in the chart’s history.
Read More Taylor Swifts ‘Folklore’ 6th Week At Number One 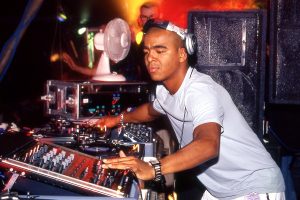 Catch up with all the latest EDM House, Techno, Trance, news, reviews and latest releases from around the World