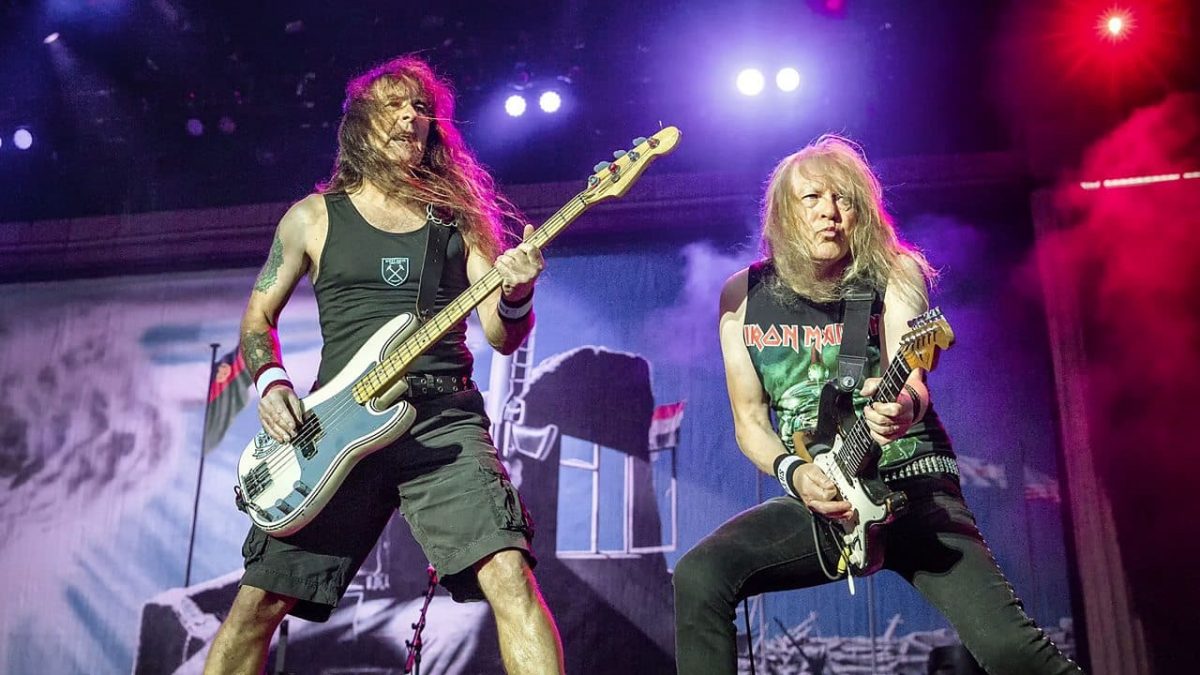 Since the early 1980s, Iron Maiden has been one of the UK’s most successful bands globally with a trademark sound and image.

They are now back after a break of six years with a new studio album. We find out all about it on this week’s show.

Plus, we talk to award-winning UK rapper Little Simz who, after the success of her third album, is now regarded as one of the UK’s most inventive performers.

Ajikawo lives in London. She is a childhood friend of actor Fady Elsayed and actress Letitia Wright. Ajikawo and Wright have remained good friends and Ajikawo photographed Wright for the artwork for her single, “Selfish” in 2019. Whilst Ajikawo believes in God, she does not now follow any religion.

In 2018 her friend, model Harry Uzoka, was murdered, inspiring her to write her song “Wounds”

There is new music from Rudimental, Imagine Dragons, The Wildhearts and the return of Abba.

We also find out if Ed Sheeran can make it to week 11 at the top of the charts with his song Bad Habits.

Plus, we look at all of the top five best-selling songs.