Judge Jules tours the UK and it kicks off this Friday night, 2nd December, at Cream in Minehead, UK! The world renowned DJ, broadcaster, producer and world traveler is taking his best tracks around the country. With yet another season of Judgement Friday’s at Eden, Ibiza behind him, he’s ready to bring the beats back to the UK. This weekend is about to get hot, hot HOT!

Phuket Island Radio are very excited to bring you his weekly radio show Global Warm Up every Saturday night from midnight. You can tune in anywhere in the world FREE online and via our mobile apps. 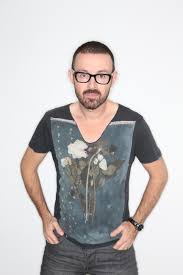 ENVI nightclub in Bathgate are so thrilled to be hosting Judge Jules on Saturday night that they’re giving one lucky winner the chance to win a MEET & GREET with the man himself. Plus:

Phuket Island Radio are so excited to feature this incredible talent and his radio show each and every week. Read more about the impressive career of Judge Jules.

We bring you the most progressive line up of first class international DJ’s throughout the week. Tune in to hear the likes of Armin van Buuren, Carl Cox and Paul Oakenfold. Take a look at our huge variety of radio shows bringing you 24/7 music and entertainment throughout Phuket and the world online.