The Greatest Hits of Music is now available On-Demand, scroll down, click play.

Every Sunday, with a focus on the biggest and best songs from the past five decades. There will be great songs that you remember – and some that you may have already forgotten!

The GHOM is now available On-Demand, just click the link below and enjoy this week show.

Never Too Much Luther Vandross

I hear You knocking Dave Edmunds

You Only Love Me Rita Ora

The Day We Caught The Train Ocean Colour Scene

Gonna get along without you now Viola Wills

Living Next Door To Alice Smokie

When You Were Young Killers

There’s Nothing Holding Me Back Shawn Mendes

Give It Up KC & The Sunshine Band

Take Me I’m Yours Squeeze

Rhythm is A Dancer Snap!

Ross has been broadcasting since he was a teenager and has multi-tasked as a DJ, Producer, TV Presenter, Journalist, Reporter and Distribution Manager – at numerous TV and radio stations in the UK and globally. James has also been lucky enough to work closely, during his time at the BBC, with celebrities as diverse as the Rolling Stones, the Pet Shop Boys, Jeremy Clarkson and Simon Bates to name just a few.

He has been described as having radio and TV “in his blood”. Without a doubt is a perfect addition to the 91.5 & 102.5 FM Phuket Island Radio team. A show that is ideal Sunday afternoons in Phuket. Each week James plays the best and latest songs from the UK and US Top 40. Occasional surprising chart-toppers from elsewhere around the world on The Greatest Hits of Music.

The Greatest Hits of Music Show

It’s not about just one particular era. In fact, The Greatest Hits plays the biggest and best hits from the sixties right up to today’s hits. That is right 5 decades of Greatest Hits. You’ll hear everything from Buddy Holly, Maroon 5, Enrique Iglesias through to Bruce Springsteen, One Republic and Hall & Oates – all of them on The Greatest Hits of Music.

James not only brings you awesome music but you can expect the occasional musical quiz, the latest entertainment news and information and news of some of the biggest live music gigs happening around the globe.

The Greatest Hits of Music around the World

Broadcasting throughout the UK, Europe, Australia… and right here in Phuket, Thailand. You can download our mobile apps, both available for iPhone and Android (and FREE) or listen to James Ross online through one of our radio portals. 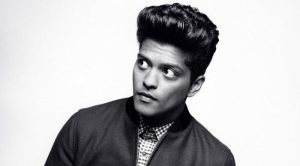 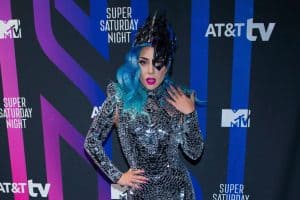 The Greatest Hits of Music a weekly show produced by James Ross this week features amongst other’s Lady Gaga. Gaga an American Singer, Actress and songwriter was born Stefani Joanne Angelina Germanotta in March 1986. Initially performing in theatre high school plays she studied at NYU Tisch School of Arts. However, Gaga dropped out to look…
What else from GHOM this week…. Lady Gaga Greatest Hits of Music