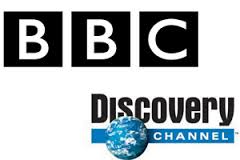 The Life Scientific Professor Jim Al-Khalili talks to leading scientists about their life and work, finding out what inspires and motivates them and asking what their discoveries might do for mankind. This week he talks to Sarah-Jayne Blakemore, Professor of Cognitive Neuroscience at University College London, who’s fascinated by the teenage brain.

Until recently, it was thought that brain development is complete by early childhood, but Sarah-Jaynes discoveries have helped reveal the intricate and vast changes that the adolescent brain still has to make on the way to adulthood.

Thanks to her work we now know that a risk-taking, self-conscious teenagers behaviour isn’t just due to the whim of hormonal changes, but is influenced by a brain whose circuitry is changing hugely.

Sarah-Jayne is passionate that teenagers shouldn’t be demonised or made the butt of jokes, but instead should have our sympathy, and believes that we should examine carefully how we teach and nurture them.

Presented by Jim Al-Khalili and produced by Anna Buckley Discovery is available on Phuket Island radio on a Sunday at 8:30 am Thai time, online and from the mobile apps, iPhone and Google Play.