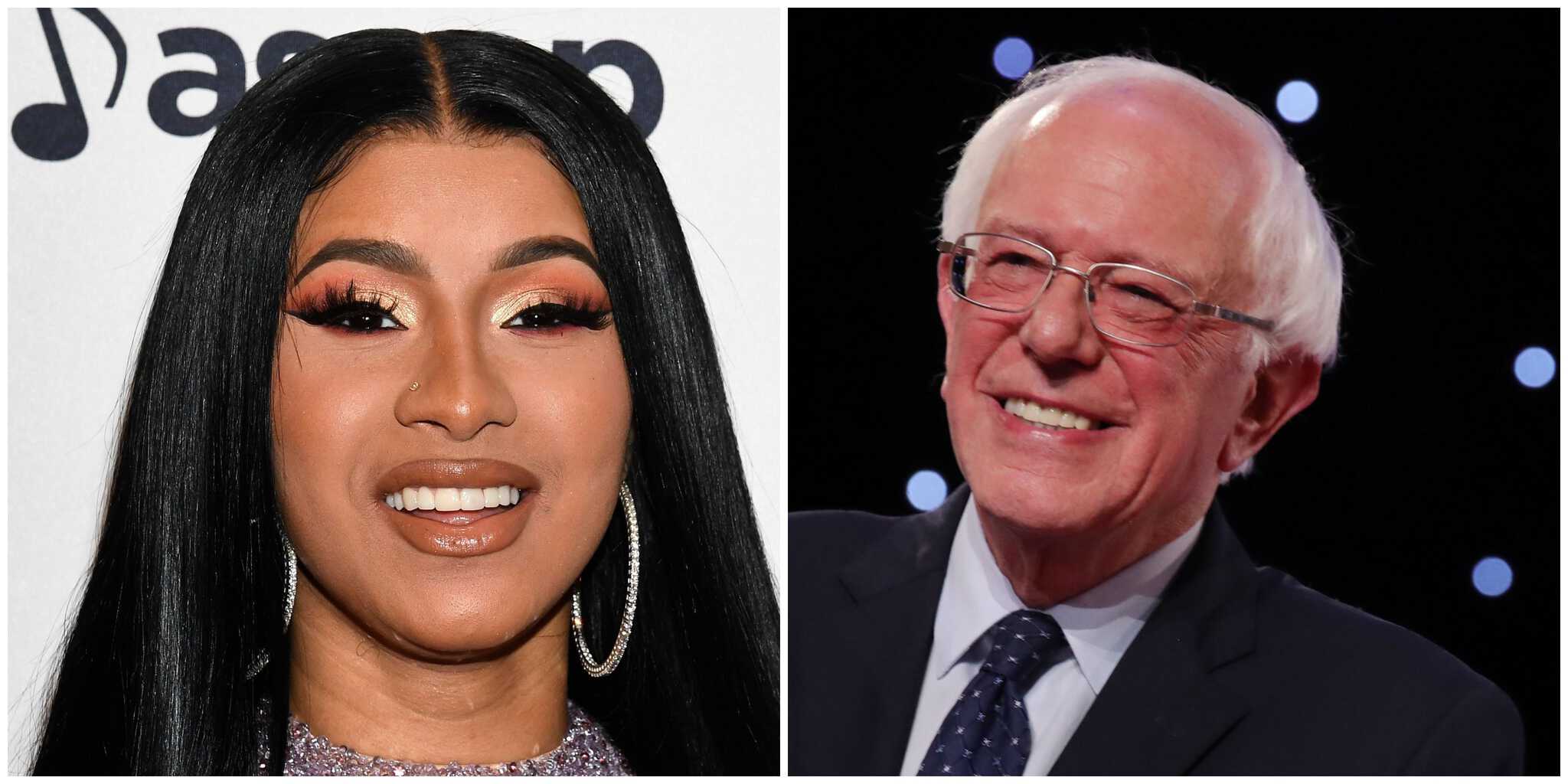 Cardi B recently interviewed Democratic presidential candidate and Vermont Senator Bernie Sanders. The rapper has unveiled a new clip from their discussion.

“A couple of weeks ago I asked my followers if you all had the chance to ask a Democratic candidate a question, what would that question be?”

Cardi wrote in an Instagram caption for the video.

“The topic that was mentioned the most by all of you was about raising MINIMUM WAGE.”

In the video, she gets right to the point. “What are we gonna do about wages in America?,” she asks Sanders. “Like, for example me, as a New Yorker, not now, but you know, when I was not famous, I just felt like no matter how many jobs I got, I wasn’t able to make ends meet. Like, I wasn’t able to pay my rent, get transportation and eat.”

Sanders acknowledged the disparity in income for Americans.

“Right now, there are tens of millions of people who are earning what I consider to be starvation wages,”

“Can you imagine somebody today earning $9 an hour?”

He added that many people are working several jobs just to try to make ends meet. He explained that legislation he introduced would raise the national minimum wage to $15 per hour.

In July, the Democratic-led House mandating the increase.

“What we also have to do is make it easier for workers to join unions so they can sit down and engage in collective bargaining and earn a decent living,”

Cardi B encouraged her Instagram followers to continue sending questions for future discussions.

“We will be addressing more of these soon,” she said.

Cardi B from Wiki:

Belcalis Marlenis Almánzar, known professionally as Cardi B, is an American rapper, singer, songwriter, actress, and television personality. Born in Manhattan and raised in The Bronx, New York City, she became an Internet celebrity after several of her posts and videos became viral on Vine and Instagram.

Bernard Sanders is an American politician who has served as the junior United States Senator from Vermont since 2007. Vermont’s at-large Congressman from 1991 to 2007, he is the longest-serving independent in U.S. congressional history and a member of the Democratic caucus.