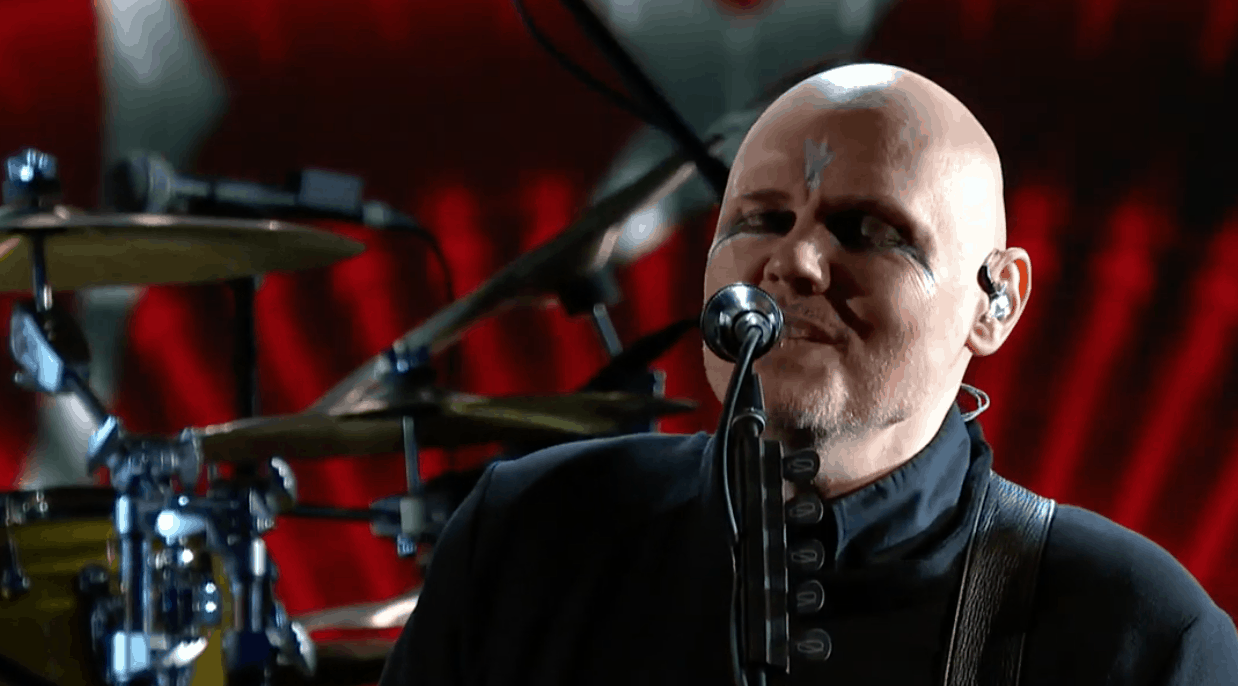 The Smashing Pumpkins took the stage at The Late Show to offer a melancholy rendition of their song “Knights of Malta.”

The musicians, led by frontman Billy Corgan, performed the song with skill but with a complete lack of real verve or energy.

The band is joined by a trio of female backup singers, who lend accompaniment as Corgan croons,

The track comes off the band’s recent 10th album Shiny and Oh So Bright, Vol. 1 / LP: No Past. No Future. No Sun, which dropped last fall. The album was released via Corgan’s own label, Martha’s Music, and was produced by Rick Rubin and recorded at his Shangri La Studios.

Do you think this was performed with lack of real verve or energy? Let us know in the comments.

The Smashing Pumpkins will tour in North America this summer with Noel Gallagher’s High Flying Birds.

The trek follows The Smashing Pumpkins’ “Shiny and Oh So Bright Tour” in 2018 This was the band’s first live shows in nearly two decades to feature Corgan reunited with original members James Iha and Jimmy Chamberlin.

The tour kicks off August 8th in Camden, New Jersey at the BB&T Pavilion. Wrapping up August 31st in Mountain View, California at the Shoreline Amphitheatre.

The support act is Noel Gallagher and the High Flying Birds.

Tickets are currently on sale for all dates. Stay tuned to 91.5 FM and 102.5 FM for more from the Pumpkins, Jamiroquai, Stereophonic and, Fleetwood Mac.