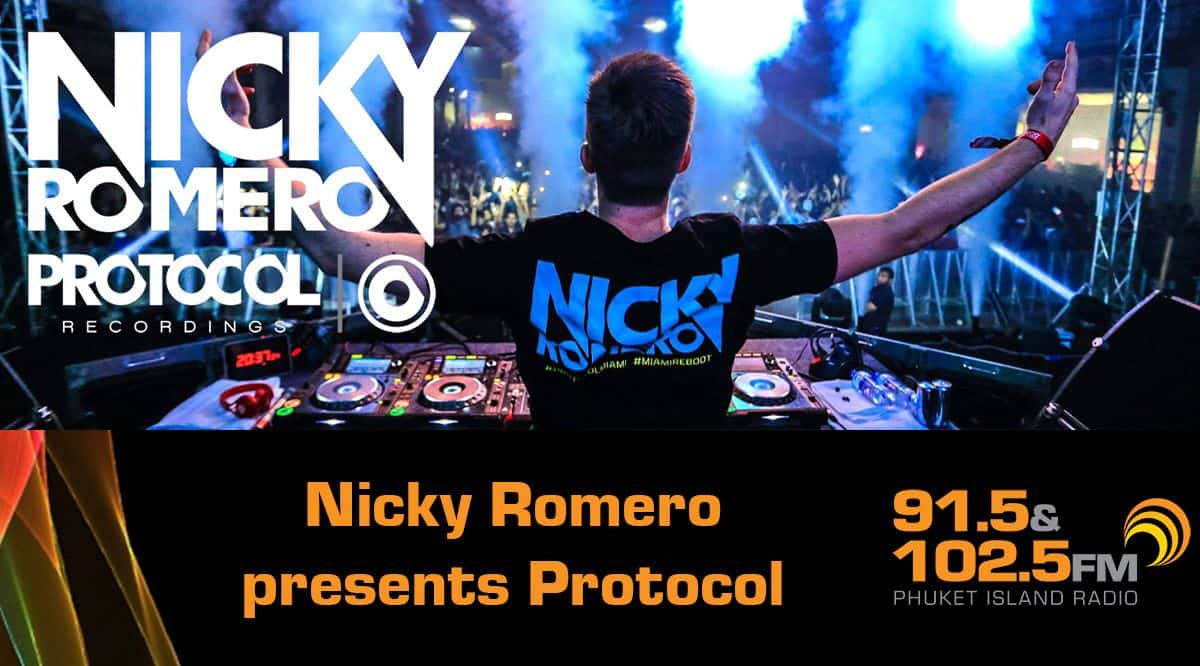 Hosted by 26-year-old EDM sensation Nicky Romero, Protocol Radio can be heard around the world, and right here in Phuket! From 21.00 to 22.00 this and every Saturday, prepare yourself to hear some of the most hyped tracks of the EDM world from Nicky Romero and some of the premier DJs on the planet!

Nicky Romero, whose real name is Nick Rotteveel van Gotum, is a Dutch DJ who has taken the EDM and club world by storm with his incredible work and collaborations with the other game-changers in the genre, like Tiesto, radio superstars like David Guetta, Calvin Harris, and Avicii.

Nicky Romero is world famous for his song Toulouse, which became a viral hit as a result of its incredibly innovative and fun music video, and now has over 257 million views on YouTube.

Where did Protocol Radio start?

Nicky Romero started his weekly podcast and radio show, Protocol Radio, which he hosts, with the hopes of being able to extend his musics reach even further to computers and radio stations across the globe, as well as introducing the listeners to the music of other DJs and entertainers that he loves.

This weeks Protocol Radio show features heart-thumping tracks like Here Comes The Sun (Tom Staar Remix) from Will K, the full-blooded Lock Load from Mattise and Sadko, and even more pop-driven songs, like Until You Were Gone by The Chainsmokers (whose songs Selfie and Kanye have set them up as the ironic satirists of EDM) and Tritonal.

So, whether you’re getting pumped for a wild Saturday night out at the clubs with your friends, or if you are just looking to turn things up a few notches on your Saturday night in, Protocol Radio on Phuket Island Radio is the show you need to be listening to!

From 21.00 to 22.00 this Saturday night on 91.5 FM and 102.5 FM, take your night to the next level and spend an hour listening to some of the greatest EDM and dance music tracks on the planet, as well as some of the fastest up and coming songs that you will know about before anyone else!

Protocol Radio, is available on Phuket Island Radio, 91.5 FM and 102.5 FM and mobiles this Saturday. Get into it.