Welcome to A State of Trance, with Armin Van Buuren, considered one of the world’s biggest DJ’s. He presents the world’s biggest electronic music radio show – A State of Trance – every Thursday evening from 10 pm on 91.5 FM and 102.5 FM Phuket Island radio. The show has become a cult institution, the essential listening experience for lovers of trance and progressive music not only on Phuket Island but all over the world.

Tune Of The Week:

Will Rees – Burnin’ Up! [KEARNAGE]

Giuseppe Ottaviani – The Wind In Your Face [BLACK HOLE]

ASOT showcases the coolest and most groundbreaking sounds from the global trance scene. In the 9 years since its launch, the show has won countless awards and has recently celebrated its 450th episode with a series of landmark events worldwide.

Armin van Buuren was born in Leiden, the Netherlands, on 25 December 1976 and grew up in Koudekerk aan den Rijn. Armin Van Buuren started making music when he was 14. He was inspired by French electronic music composer Jean Michel Jarre. Graduating from the Stedelijk Gymnasium Leiden in 1995, and studied law at Leiden University. He began working as a DJ in Club Next, playing multiple sets a week, most of which lasted six or more hours. As his musical career began to take off, he put his law degree on hold, although he returned to graduate from law school in 2003.

On 18 September 2009, Armin Van Buuren married Erika van Thiel, with whom he had been together for nine years. Their daughter Fenna was born in July 2011, and their son Remy in July 2013.

A State of Trance to start your weekend

A State of Trance on Thursday’s

The world’s biggest DJ every Saturday from 8 PM with a re-run on Thursday evening from 10 pm on Phuket Island Radio 91.5 and 102.5 FM around Phuket Island and worldwide. A State of Trance with Armin Van Buuren. Check out our list of international DJ’s and presenters here, plus more of our huge array of radio shows here.

Latest news from Armin van Buuren – A State of Trance. 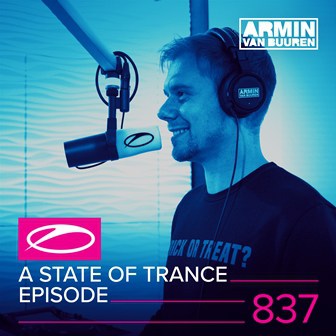