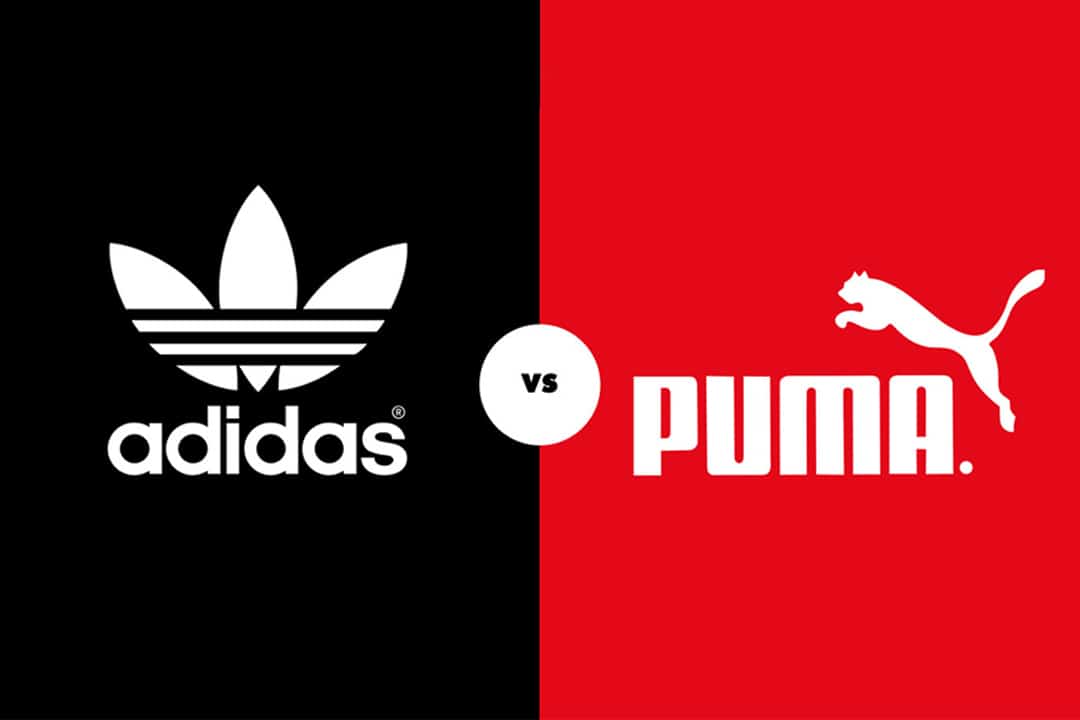 The Adidas Puma Rivalry has been in the news since World War Two.

“The split between the Dassler brothers was to Herzogenaurach what the building of the Berlin Wall was for the German capital, says local journalist Rolf-Herbert Peters. Except that, whereas the Berlin Wall fell 20 years ago, the antagonism between Adidas and Puma is still obvious to any outsider visiting the town”.

“Herzogenaurach is like any other German town except for one big ‘but’. It’s the battleground of one of the world’s most infamous business rivalries: Adidas versus Puma. This is not the garden variety rivalry of Coca-Cola versus Pepsi or Apple versus Microsoft. This was deeply personal, and it bitterly divided a town for 60 years”.

This week on the BBC Sporthour broadcast live at 16:00 Thai Time on 91.5 and 102.5 FM in Phuket and available online and through free to download mobile apps, the story continues.

The Adidas Puma Rivalry: German sports manufacturers Adidas and Puma were started due to a family feud. Adolf and Ruldoph Dassler started a shoe company together called Adi, but after falling out during World War Two, they set up rival companies in the town of Herzogenaurach. Barbara Smit, who has written a book called Sneaker Wars, which looks at the history of the two brands, tells us how the rivalry split both the family and the town.

Also, in this weeks programme, Spell You Later: Ananya Vinay won the Scripps National Spelling Bee last week. The Californian correctly spelt the word marocain. We speak to Ananya and her father, Vinay, about the competition to determine how life has changed since her win and how seriously the competition is taken Stateside.

Nicky Winmar, a legend of the AFL

Finally, The Game Changer: In 1967, the Australian public overwhelming voted in a referendum to add indigenous people – sometimes referred to as aborigines – on to their official census. On the sporting field, one man did more for race relations than any vote could do. We tell the remarkable story of

One man did more for race relations on the sporting field than any vote could do: Nicky Winmar, a legend of the AFL.

Nicky Winmar has opened up about suffering a heart attack five years ago to raise awareness about one of the leading killers of Indigenous Australians.

“I thought the pain was just indigestion. I thought I’d have some milk, and it would go away,” he recalls.

“But the next day, it was still there, and I thought I better go to the hospital.”

Once there, Winmar was told he had a heart attack.

“I was really shocked and I did have a few tears in my eyes.”

He subsequently had a stent inserted at the Royal Perth Hospital.

“You play footy, and you’re not scared of anything. You watch what you eat, but then you come down to it, and a major part of your body is telling you something is wrong.”