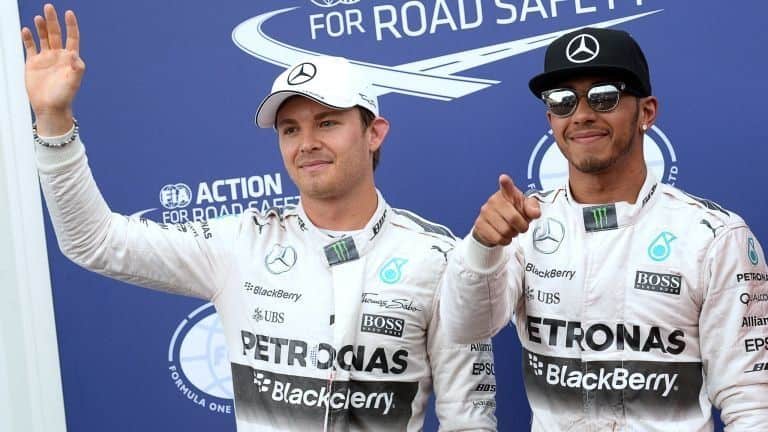 Lewis Hamilton gets pole for Team Mercedes and wins his first-ever pole in Monaco.

Hamilton beats the field of 20 drivers after finishing first and securing pole, his first in Monaco since racing in GP2 with a time of 1:15:098.

Hamilton had to confirm if he indeed won the race.

“Did I get it?” Lewis Hamilton asked his crew over radio. “Yes, you did pal,” his team replied.

At the post-race press conference, Hamilton admitted that it was a difficult session.

He revealed that he and team were having some problems during the session. He managed to overcome the obstacles, won the Monaco qualifying session the first in a very long time which makes this even more special to him.

Lewis Hamilton gets pole and his team mate Nico Rosberg lock on the front row for Team Mercedes in the top 10 leader board. Two Mercedes’ actually topped the time sheets on Saturday during the sixth F1 2015 qualifying session at the Monaco Grand Prix. Coming in second place is Nico Rosberg who finished with a lap time of 1:15:440.

During the past two years at the Monaco qualifying sessions, Rosberg and Hamilton also went toe-to-toe against each other. Rosberg previously beating Hamilton and baging the pole position.

The German Ferrari driver had a good momentum going following his brilliant finish as the fastest man during the final practice session.

Vettel qualified third after he cracked under pressure when he saw himself dropping in the rank position.

Lewis Hamilton leads the standings with 111 points as we go into Sunday’s Monaco GP. Behind Hamilton is team-mate Rosberg with 91 points, Ferrari’s Vettel and Raikkonen with 80 and 52 points respectively and Valtteri Bottas in fifth place with 42 points.

We will be back on Sunday with the full race review and results and you can follow Phuket Island Radio throughout the race on Facebook and Twitter.

Next stop is Canada! The Canada Grand Prix will begin on June 8, 2015. Get the latest F1 GP updates here at Phuket FM Radio!