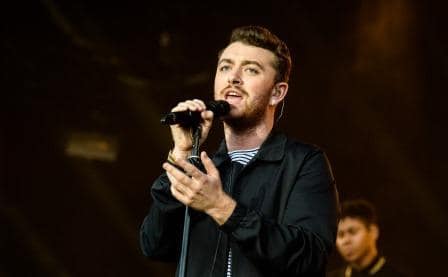 This week The Roy Orbison Legacy lives on, Sam Smith is back and we find out if Camilla Cabello stays at Number One for a 2nd week.

Sam Smith’s debut album sold 12 million copies around the world 3 years ago. Now he’s back with the highly anticipated follow up.

The singer-songwriter says “I’ll never write happy songs.” There is definitely an audience for Smith’s vulnerability, given his debut album The Lonely Hour was the biggest-selling album of 2014. He joins Top of the Pops to tell us all about it.

The Roy Orbison Legacy lives on

So Roy Orbison legacy lives on as a brand new album is released and a virtual tour is planned. The Album A Love So Beautiful: Roy Orbison with the Royal Philharmonic Orchestra.

The album was released on the 3rd November.

We find out how legendary 1960’s singer Roy Orbison’s legacy has been kept alive.

Latest albums by Bryan Adams, Maroon 5 and UK rapper Dave takes into the 2nd half of the show. Plus new hit songs from Taylor Swift and the return of N.E.R.D after a break of 7 years.

Is Camila Cabello holding onto her number 1 position for a second week as the UK’s favourite as we play all of the Top 5 best-selling songs in the UK, and take a look at who is topping the charts in Japan.

Top of the Pops is presented this week by Kim Robson. You can catch the LIVE broadcast at 4pm on Saturday and a re-run again at 4pm on Sunday.