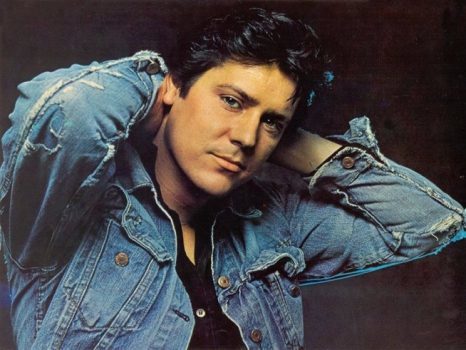 Big Ones and New Ones this week has the new single from Shakin Stevens “Last Man Alive”.

The show is produced and hosted by Andy Henly and features some Big Ones and also New Ones.

Big Ones and New Ones playlist this week:-

Up next is two from Shakin Stevens, his new single Last Man Alive and This Ole House

David Bowie, Absolute Beginners, Calvin Harris, My Way, Meatloaf, Speaking In Tongues, Pink, Try, James, Sit Down, Macy Grey, Sweet Baby, Divine Comedy, How Can You Leave Me On My Own and REO Speedwagon, Can’t Fight This Feeling completes the first hour.

Hour Two rolls out with the feature “The Test of Time”.

Can you guess what year?

Here’s the clues, now no googling, Madness, Baggy Trousers, David Bowie, Ashes to Ashes,  Ottawan, D.I.S.C.O. Sheena Easton, 9 to 5, Police, Don’t Stand so close to me, Did you get it right?

Big Ones and New Ones continues with Kaiser Chiefs, Hole In My Soul, China Crisis, Black Man Ray, Diana Ross, Reach Out and Touch, and a Big One and new one from ABC, Ten Below Zero followed by Poison Arrow.

Into the last part of this weeks show with The Style Council, You’re the best thing, Pretenders, Brass in Pocket, Kate Rusby, Big Brave Bill, and wrapping it up Bruce Hornsby and the Range, The Way It Is.

Big Ones and New Ones every Saturday from noon on 91.5 & 102.5FM and throughout the world on internet streams and mobile devices.