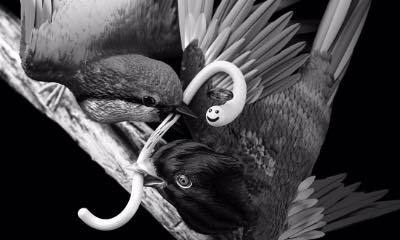 Justin Bieber ‘Friends’ Collaboration with BloodPop has just been announced by the artist and the story here with credit to Aceshowbiz.com.

The ‘Love Yourself’ hitmaker has taken to social media to share the artwork of the song and announce that it will be released on Thursday, August 17.

Brace yourself, Beliebers! Justin Bieber ‘Friends’ Collaboration is out this week.

Justin Bieber’s new music is coming this week. While we thought the Canadian heartthrob wanted to take some time off from work after canceling his tour, he hit the studio with electro-pop artist BloodPop instead for a new collaboration titled “Friends”. The new track will arrive on Thursday, August 17.

Justin took to Twitter over the weekend to tease fans about the song, writing, “Can we still be friends.” In the following day, he shared on social media the artwork of “Friends” that features two birds eating a cartoonish worm. “New music. Thursday noon,” so he wrote in the caption.

Can we still be friends

Justin Bieber’s Friends’ Collaboration and the upcoming song is now a part of Justin’s growing list of collaborations this year. He previously teamed up with Luis Fonsi and Daddy Yankee on “Despacito (Remix)”, DJ Khaled on “I’m the One”, and David Guetta on “2U”. It is still unclear whether “Friends” is Justin’s song or BloodPop’s. If it is Justin’s, then the song will be the 23-year-old singer’s first single as a lead artist in almost 18 months.