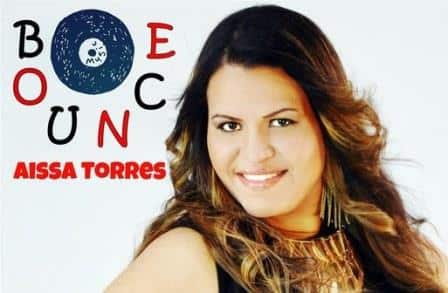 A singer/songwriter and recording artist originally from Queen’s in New York and now living in Florida.

I am originally from Queens, NY but live in Deltona, FL for the past 11 years. I am a singer/songwriter and recording artist.

I have been singing since before I could speak and have been heavily influenced by Classic Hip-Hop, Rock, and Pop music. I feel I created my own genre which is “Hip-Pop” because it contains many elements of Classic Hip-Hop with a Pop twist.

Music is all around us and I can be inspired by one simple word. I don’t think I’ve ever really sat down to write a song. Mostly it starts out with an idea and I have to write it out quickly because it comes out like vomit and it’s uncontrollable! Haha! My rituals are non-existent but I will say that I always have a recorder nearby so I can speak or sing or rap my ideas into it before I forget!

I would love the opportunity to collaborate with Taylor Dayne. Ahhh!! She is just such a beautiful, soulful singer and we are both from Long Island, NY and she is someone I have idolized since she first stepped on the scene. My favourite song of hers is Send Me a Lover. It would be a dream come true to do a song with her.

Well, I would say to this that NOTHING TO PROVE is a track that fans HAVE TO listen to! It’s such an empowering track and encourages people to keep moving after being rejected or mistreated. It’s about finding yourself and realizing your value. Plus, it has such a great mix of Rock and Rap and it’s my favourite song to sing!

For more information, peep my socials —

New Music with Allen Bell broadcasts at 10 pm Thai time and is available throughout Phuket and online via web apps and desktops.

New Music is followed by an hour in the Late Lounge wrapping up a magical Sunday.