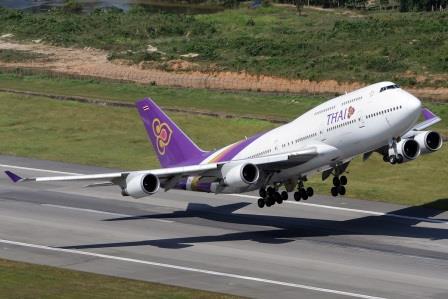 With construction slated for completion by 2025, the new Phuket airport will be sited at Ban Khok Kruad in Phang Nga Province. Approximately 25 KM from the current Phuket International Airport.

So, plans are approved in principle and work should start on these 120 Billion Baht projects during 2019.

Now I guess the question is can Phuket take any more Tourists?

Let us know your thoughts in the comments below.

We are sure there is lots more to follow on this story please feel free to bookmark the page and we will update you as news breaks.

An announcement by the Airports of Thailand (AoT) about the approval of a plan for a new second Greater Phuket airport has created quite a stir in the tourism sector in one of Southeast Asia’s leading resort markets.

Located just over the Sarasin Bridge in Phang Nga’s Khok Kloi area, work is reportedly set to start in 2019 and complete by 2025.

The move is a highly logical one, given last year Phuket International Airport hosted 8.4 million passenger arrival and we are forecasting a sharp rise this year to 9.7 million. Read the full story HERE

This story unfolds and we will bring you more details when they are announced. Right now in April 2020, there doesn’t seem to be any further developments at this time.