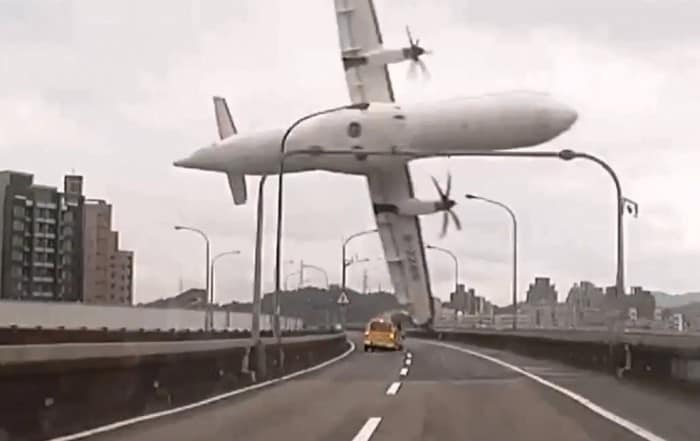 The ATR-72 turboprop aircraft with 58 on board was flying from Taipei to the offshore island of Kinmen when it crashed into the Keelung River.

After apparently ramming into a highway viaduct, Taiwan’s Central News Agency (CNA) said. Taiwan’s United Daily News said about 10 people have been sent to a hospital in New Taipei City, which encircles Taipei, and more than 40 are still awaiting rescue.