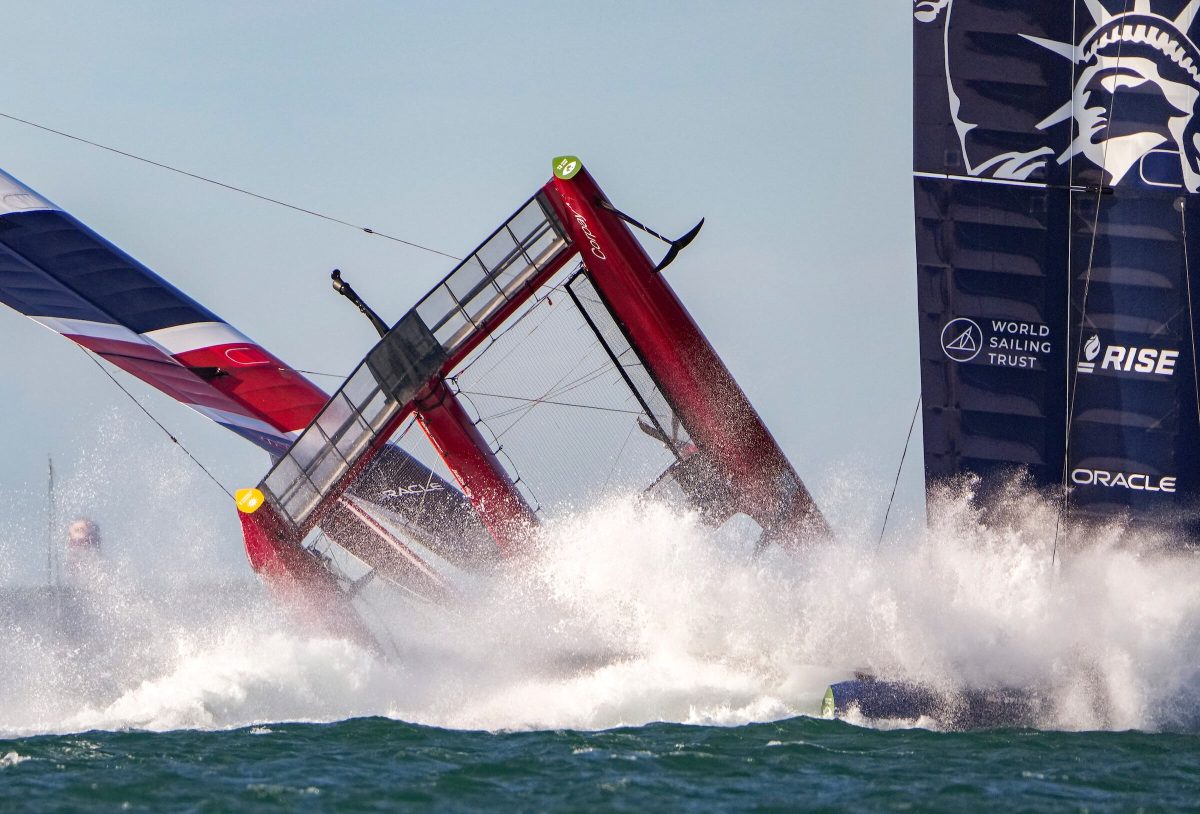 A dramatic afternoon in Cádiz Spain ended with Australia winning the Spain Sail Grand Prix to return to the top of the SailGP Season. Here’s all you need to know:

– The Aussies, who have now won three events this season, beat the United States and Great Britain in the winner-takes-all Final, aided in part by the Brits’ early capsize which ended their race just seconds after it began.

– The windy conditions in Cádiz claimed not only Great Britain, but also the event hosts themselves, with Spain ruled out the entirety of Sunday’s racing due to a capsize in practice, which caused major damage to the F50 Victoria.

– Despite the fleet containing only seven boats rather than the usual eight, the racing was as dramatic as ever as the strong winds made manoeuvring tricky and also resulted in an event top speed of a remarkable 96.3kph set by Tom Slingsby’s Australia.

– The Aussies preceded their win in the Final by claiming victory in the last fleet race of the day, the team’s only fleet race win of the entire weekend; but some fine consistency – they never finished lower than fourth in any race in Cádiz – was the cornerstone to Australia’s performance and event win, a win which returns Slingsby’s team back to the top of the overall leaderboard.

– The United States, runners-up in Cádiz after a disappointing showing in the Final, sit second in the Season Championship, level on points with Japan in third. Great Britain, who claimed eight points despite their capsize in the event decider, sit a further four points back in fourth.

– New Zealand, who won the opening race on Day 2 in Cádiz, ended the event in fifth place – the same position they currently sit in the overall rankings; this victory marked Peter Burling’s first-ever race win in SailGP, as the Kiwis’ only other win came in Taranto while Arnaud Psarofaghis was driving their F50 on an interim basis.

– Spain’s unfortunate pre-race capsize condemned the hosts to an unfortunate seventh-place finish, dropping behind a Danish team who failed to replicate their impressive Race Day 1 form on Day 2.

– Nonetheless, despite missing two races across the weekend, Spain still finished ahead of France; new Driver Quentin Delapierre had few expectations for this event given he has had just a week’s worth of training on the F50, and two last-place finishes on Race Day 1 seemed par for the course.

– But Delapierre’s potential did shine through during Sunday’s racing, as he coped well with the strong winds to power France to a fourth-place finish in the final fleet race of the weekend, perhaps hinting at a brighter future for the struggling French team.