Wikipedia tells us that Roger Sanchez was born June 1, 1967 and is an American house music DJ, Remixer and Grammy Award Winner. The Grammy coming from his remix of “Hella Good” by No Doubt in 2003.

Sanchez began to play nightclubs in New York City, and later around the world.

Since 2000 Sanchez has played this European Island and at some of the biggest superclubs on The White Isle, including Pacha, Space and Amnesia.

His newest label, UNDR THE RADR, has Sanchez poised to push himself ahead of the pack again with the revival of the S-Man name. 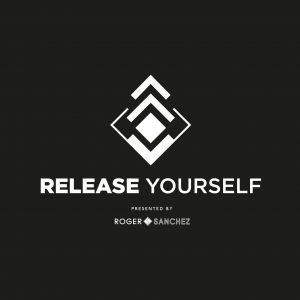 Release Yourself presented by Roger Sanchez

As Roger tells it,

“the S-Man was my alter ego for when I wanted to do stuff that was just dark, dirty, straight dance floor with no regard for radio or anything like that. Just the raw expression of what I feel works for me on the dance floor. I really get the chance to open up and try different sounds.”

Roger is the founder of his first label in 2002, Stealth Records. Yearly, Sanchez curates a series of compilation albums called Release Yourself, which are known for their blend of deep house, Latin, tribal and tech sounds.

“I think the S-Man brings back a lot of what I learned in the early years of my production… the really straight back-to-the-club roots of it. It’s taking on the elements of deepness, making it dirty again, adding elements of hip-hop, and just bringing it all to bear.”

“We are very excited to have Roger and Release Yourself to add to our stellar line of international DJ’s” says Byron Jones Marketing Manager at Phuket Fm Radio.

91.5 and 102.5 FM Phuket Island Radio are delighted to have Roger Sanchez and his show Release Yourself with us for 2018. Each and every week online via our radio player and through the iPhone and Android mobile applications.

There’s more information about Phuket FM Radio here and the DJ line up can be found here.

Tune in Wednesday night on 91.5 & 102.5 FM Phuket Island Radio from 10pm – midnight to hear Release Yourself with Roger Sanchez.

Read the Latest News from Roger Sanchez and his show Release Yourself.