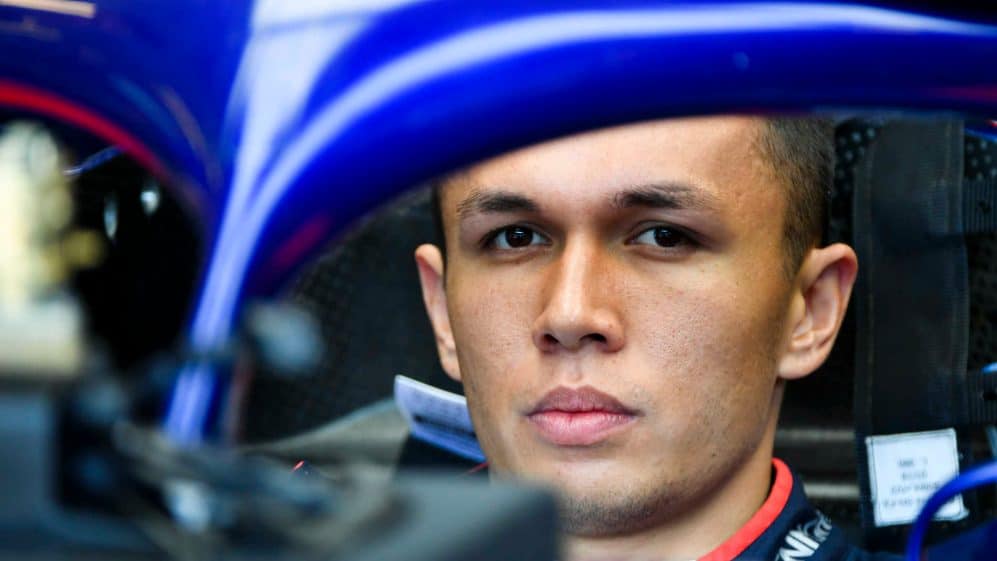 Red Bull announce Alex Albon to move into the main team. Does this open the door for a Thailand F1 Race?

A few weeks ago as we moved towards the summer break we had a conversation with a few friends here in Phuket.

Pierre Gasly was not doing so good. Finding it very difficult to keep up with team mate Max Verstappen.

I wonder if Red Bull would replace Gasly with Alex Albon?

If they did would that open the door for further Thailand F1 race discussions.

Today’s news confirms at least part of our thoughts.

In this post our first predication cam true as Alex replaced Gasly in 2019.

Now what do you think for the 2020 season, shortened we know, but can Alex win his first GP for Thailand?

Find out more and read our 2020 F1 season predictions

Today’s news is that Alex Albon is to replace Pierre Gasly from the Belgium Grand prix.

Albon, in his first season of F1 after finishing runner-up in last year’s FIA Formula 2 championship, has impressed all in the paddock with his speed and maturity. The British-born Thai driver has scored 16 points from his 12 Grands Prix to date, with a best result of sixth in the rain-affected German round – his first ever wet F1 race.

There is more on this story HERE including a video.

Thai Albon, 23, has been promoted from the team’s sister outfit, Toro Rosso, with Gasly going the other way.

Gasly, 23, is sixth in the championship with 63 points. Team-mate Max Verstappen is third with 181.

“Red Bull are in the unique position of having four talented Formula 1 drivers under contract who can be rotated between Aston Martin Red Bull Racing and Toro Rosso,” said a Red Bull statement. “The team will use the next nine races to evaluate Alex’s performance in order to make an informed decision as to who will drive alongside Max in 2020.

Of course none of this is unique to the Red Bull Team. Verstappen arrived at the team via Toro Rosso five races into the 2016 campaign, and if you recall famously winning on debut for them at the Spanish Grand Prix.  Meanwhile Gasly returns to Toro Rosso for the remainder of the year.

Who is Alexander Albon Ansusinha born on 23 March 1996 in London, England? Alex is a Thai racing driver of English descent, currently driving in Formula One for Red Bull Racing. Albon started his career by racing karts at a very young age due to encouragement from his father, Nigel Albon. Wikipedia

What about a Thailand F1 event?

Step back to October 2018 when the Bangkok Post reported:

As Buriram gets Moto GP makeover, is F1 next?

Securing the race (Moto GP) is another feather in the cap for Newin Chidchob, an ex-politician-turned-sports mogul dubbed ‘the Baron of Buri Ram’ whose rural power base has made him a key political broker.

Mr Newin is eyeing a complete transformation of his hometown from an up-country pit stop to a hub which will draw three million people a year.

Thousands of jobs, hotel rooms and hundreds of restaurants have already followed in the wake of the stadium’s construction.

For the money spent on the MotoGP, the payback is expected to run into billions of baht.

After MotoGP, there is much talk that Newin may try to entice the much bigger and higher-profile Formula One, fulfilling a long-held aspiration in Thai tourism and sports.

The mix of small towns and F1 has not always been sucessful, however. The Korean Grand Prix was dropped from the Formula One calendar only three years after it was unveiled in the rural county of Yeongam in 2010.

You can read the full Bangkok News Report HERE

So I guess the question is with the commerical connections to RedBull, Newin Chidchob and success of the Moto GP and the Thiland Governments desire to promote Thailand to some 38Million potential visitors will it happen? Let us know in the comments section.

Stay up to the minute with all the Sports News HERE

Regular updates throughout Phuket on 91.5 FM and 102.5 FM and Online if your not here yet?