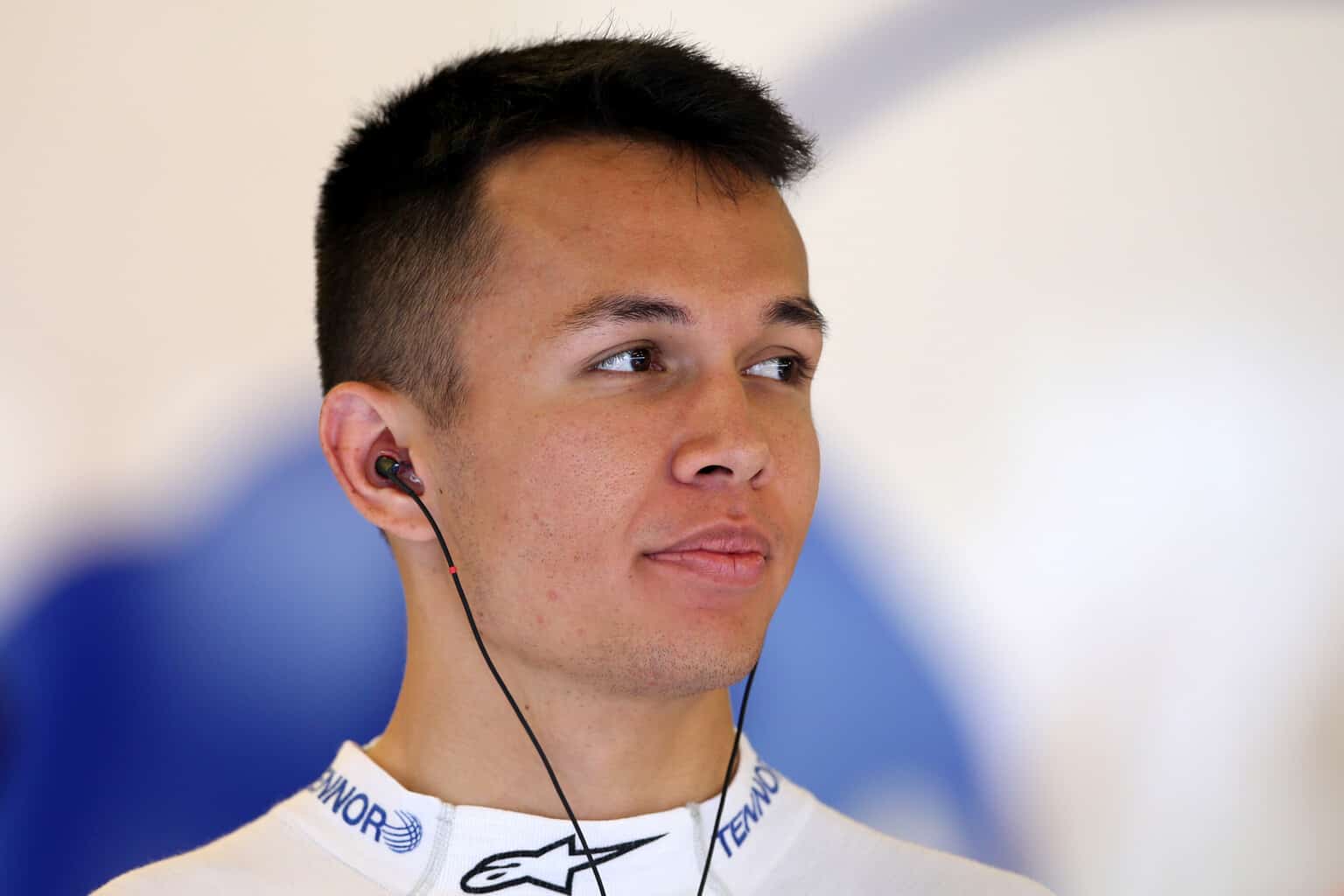 We would like to introduce Alex as a potential Formula 1 future champion. We feel the proud Thai nation will start to get behind this talent. Cheering for him as he starts mid season 2019 to move up into the A Team at Aston Martin Red Bull racing.

DUAL NATIONALITY FOR BOTH BRITISH AND THAI.

Before the race and reported on Saturday.

Aston Martin Red Bull Racing boss Christian Horner believes rookie Alex Albon is getting “stronger and stronger”, insisting the 23-year-old’s seat with the Milton Keynes-based team for 2020 is now his to lose.

This race was all about Lewis Hamilton and finishing in 2nd place was able to seal his 6th World Championship. Our Congratualtions go out to Hamilton and the Mercedes team. The full race review and results is here.

So moving onto Alex who recovered from a first-lap pit stop following a clash with McLaren’s Carlos Sainz at the first corner to take fifth, ahead of Renault’s Daniel Ricciardo, McLaren’s Lando Norris and Sainz.

This means he has now moved up to 6th Place in the Drivers Standings. This is a major archievment for just half a season in the Red Bull team.

So the next question is having moved up to 6th Position in the Formula 1 standings, with 2 GP’s left can he hold on?

And the most important question. Is Alexander Albon going to be confirmed as the 2nd Red Bull driver for 2020?

Did you notice that Alex has qualified 6th for Sunday’s Untied States GP? Did you notice he’s sat along side the potential World Driver Champion?

The question we are asking today is can Alex score more points and finish 6th?

Take a look at the driver standing after the Japanese GP where Alex finished 4th, his highest to date.

So the question is can he score more points and beat Carlos Sainz Jr and the driver he replaced Pierre Gasly?

Alexander Albon was born in London on 23 March 1996,his parents were (Nigel and Kankamol).

Nigel was a former BTCC driver,and he was a british car-race driver.

Record shows that he last drove in the Porsche Carrera Cup in Asia for Team Vertu which took place in 2007.

Albon’s mother Kankamol,was a Thai by nationality,and of course,looking at this,it is obvious to us why Alex Albion got dual nationality.However,Alex drives under Thai Licence.
From a very tender age,at 8 precisely,Alex started his career by racing karts in the Honda Cadet class,starting from 2005,which marks the beginning of his career.

In the sands of time, having setting a goal for himself, he stood firmly to makes his career a huge success. Never compromising like other racers he Won the Super 1 Honda National Championship Cadet and KF3 classes in 2006 and 2009 and in 2010 he was also crowned the European Champion that same year.

It is important to know that Albon had the remarkable record of not finishing outside the Top 3 in any championship he competed in. Including and counting about 5 to 6 years, he kept the record, and that was withing 2005-2006.

Having keept his own record, he then joined the Red Bull Junior Programme, he founds himself racing in the Formula Renault 2.0 Eurocup there-after.

Alex then became a multiple champion at both the British and European levels of karting, during this period, he raced and won against the likes of Charles Leclerc and Max Verstappen, everyone was surprise , bewildered and amazed for his all round victory.

Starting the 2012 season, he graduated fully to single-seaters.

Alex’s racing highlights in the Formula car racing came in the 2014 Formula Renault 2.0 Eurocup, where he was 3rd overall and the 2016 GP3 Series, which saw him finish 2nd overall, having won against Charles Leclerc before hand, he made history again and took the 2nd overall, just behind Champion Charles Leclerc once more.

In 2017’s inaugural f2 campaign, after barging a 10th placed finish overall. Alex stepped it up in 2018 and he was in a contention for the overall title ahead of the final race of the year in Abu Dhabi.

2018 came so fast ,and Alex raced in it, he raced in the FIA Formula 2 Championship, giving out his posible best, striving so hard, and of course, hardwork pays off.

At the end of the race season, Albon took a 4 Wins, 7 Podiums and 3 Pole Positions. He fought for the Driver’s Championship in the Season Finale, and of course he made it and finished the season a 3rd overall.

2019 came so fast just like 2018. Alex started it by lining up as only the 2nd Thai F1 driver on the grid for Torro Rosso. Sitting alongside former Red Bull Junior team-mate Danil Kvyat.

Alex had raced against Danil in the 2012 Eurocup Formula Renault 2.0 series. Other F1 drivers from the same series were Pierre Gasly and Carlos Sainz.

A great and promising start to the 2019 season.

During the summer break Aston Martin Red Bull Racing announced that Thai F1 Alex will be swapping places with Gasly.

Red Bull say they will “use the next nine races to evaluate Alex’s performance” and make a “decision as to who will drive alongside Max in 2020”.

This was not a complete suprise given Gasly’s first half year performance in comparison to his team mate Max Verstappen. However the team looked towards the assessing of their driver options ahead of 2020.

Press PLAY to start the video

Press PLAY to start the video. Click FULL Screen if you want and turn on the sound.

Is he a legend? Time will tell. Are you following Alex? See our 2020 race reports and Picture Galleries.

One thing you can be sure of is that the Thai Nation will get behind this new icon.

Will this lead to a Thailand Formula 1 race?

Again time will tell. You can read more on our thoughts HERE

And then came Japan where Alex was 6th on the grid and finished in hiw highest placing to date, 4TH.

“Fourth is my F1 career best finish and this weekend has definitely felt like my best with the Team. Immediately from FP1 I felt comfortable with the car and the balance, which is important for a track like Suzuka where you need a lot of confidence”.