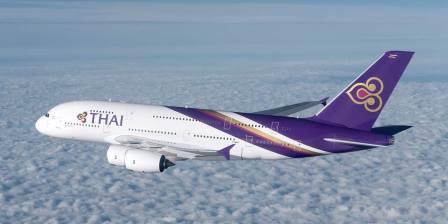 Thailand’s national carrier will be listed as an official supporter of the organisation and score digital and in-stadia presence at each of the five EFL finals staged at London’s Wembley Stadium during the 2017/18 season.

Prior to this deal, Thai brand Carabao Energy Drink became the title sponsor of the EFL Cup last November.

Phuket Island radio supports many sporting activities including Sailing with The Phuket Kings Cup and Phuket Raceweek being two main events in the Phuket sports calendar.

“Asia is an increasingly important market for the EFL and our commercial partnerships are providing us with the opportunities to develop a strong footing in the region.”

Moving back to Thai Airways and according to the ASN Index. Thai Airways is the 7th biggest spender in the Airline category over the last 3 years (4.2% share, ~US$12.1m total spend) in Asia.

Most of this has come about from the cancellation of a large deal with the broadcaster CTH.

This deal with the EFL – building on their first inroads with Reading FC – in effect replaces this multi-million dollar domestic deal. Thus, signalling a shift of the national carrier’s budgets towards English football “at the source” rather than a wrap-around for local audiences, most of whom are most likely already advocates of the brand.

Phuket FM radio broadcasts Daily EPL and EFL updates direct from the BBC in London and on Saturday a one-hour show Sporthour. You can tune into 91.5 and 102.5FM in Phuket or download the free apps and enjoy all the latest updates.