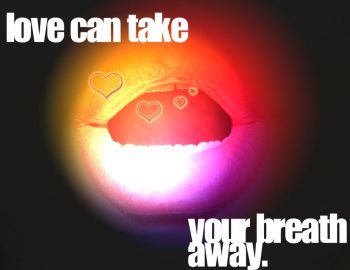 Emotional Breath this week on Science in Action we take a look at a study that focuses on how the exhalation of breath determines emotional response.

Cinema viewers, watching The Hunger Games, were monitored to see if researchers could tell the emotion of the crowd by measuring certain markers in their breath and looking at the corresponding scenes in the film.

Emotional Breath for me.

But if you’re like me, my emotional breath when I’m stressed, I steal antsy, shallow sips of air and puff them out quickly. When I’m relaxed my emotional breath means I breathe in gently and deeply, before letting go of the air slowly. Your inhales and exhales seem to be inexplicably linked with your state of mind and thus your emotional breath.

Next on Science in Action

In Asia there are many countries sharing rivers that start high in the Tibetan plateau.

River Wars: Many countries in Asia share the rivers that start their course high in the Tibetan plateau. But climate change is leading to an increase in water at the source from ice melt, and natural disasters, such as earthquakes and landslides are causing a build-up of the available water by damming and blocking the flow.

Once the pressure causes the dams to break, a huge, sudden injection of water is forced down the river therefore causing dangerous and damaging floods downstream.

In July the town of Liang in Nepal was almost washed away when this happened.

The Nepalese authorities think China had forewarning of this event and but didn’t pass this vital information on.

So, what are the issues that have to be dealt with, when rivers flow through many countries?

Finally in this weeks Science in Action….Untangling Entanglement: Caroline Steel attempts to find the perfect metaphor for Quantum Entanglement.

The problem is, when things are at this very, very small scale, the normal laws of physics don’t always apply.

You can find this and many other EDUtainment shows on 91.5 & 102.5FM in our show schedule and if your mobile Tune In online.