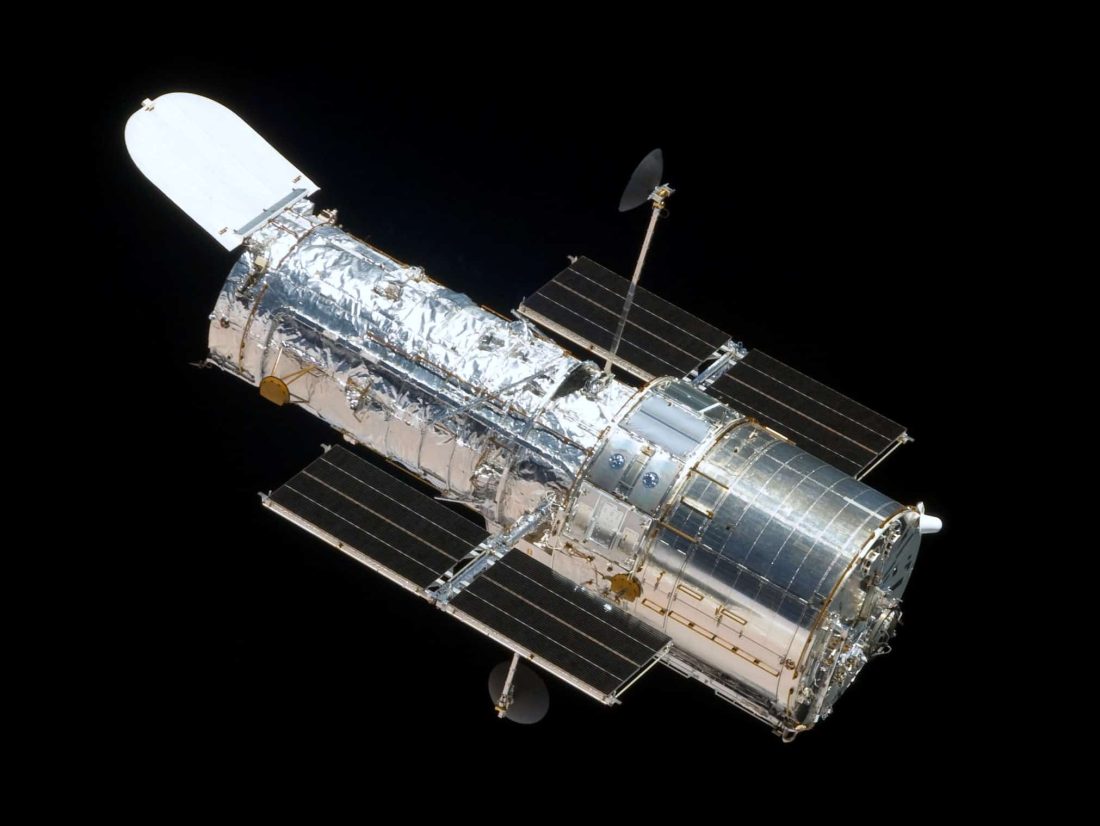 Science in Action this week on 91.5FM Phuket Island radio discusses the Hubble Telescope, Defending the Earth and Ultra Haptics join us at 9:00 am Sunday 19th April.

It is now 25 years after the Hubble telescope first launched and despite initial hiccups with the shape of the mirror, the much-loved craft has been beaming back some of the most spectacular images of our Solar System.

Mario Livio discusses where the space scope could be used next.

NASA is celebrating the Hubble Space Telescope’s 25th anniversary with a variety of events highlighting its groundbreaking achievements and scientific contributions with activities running April 20-26.

Hubble, the world’s first space telescope, was launched on April 24, 1990, aboard the space shuttle Discovery.

In its quarter-century in orbit, the observatory has transformed our understanding of our solar system and beyond, and helped us find our place among the stars.

Starting at midnight EDT on Monday, April 20, and running through Sunday, April 26, images taken by the Hubble Space Telescope will be broadcast several times each hour on the Toshiba Vision dual LED screens in Times Square, New York.

Who is protecting our planet against Near Earth Objects such as asteroids?

Recently (November 2021) NASA launched the project ‘Dart’ a deliberately doomed exercise to Save the World, DART is a space mission designed to hit a distant asteroid and knock it slightly out of orbit.

With recent reports outlining where the meteor that struck Chelyabinsk in Russia in 2013 originally came from, and a conference in Rome about the need for global cooperation against asteroid threats, we ask who is watching the skies?

Virtual experiences are coming closer and closer to reality as sound and vision, and even smell, become convincing. But without the sense of touch, we can never have the full sensory experience.

Now a team at Bristol University in England has managed to generate the feeling of pressure projected directly onto your bare, empty hands.

The system enables you to feel invisible interfaces, textures and virtual objects through the use of ultrasound.

Science in Action is presented by Jack Stewart and available on Phuket Island Radio every Sunday at 9 am Thai time. Or you can listen On-Demand to this weeks Show

Science in Action is broadcast on 91.5 FM and 102.5 FM every Sunday at 9 AM and is part of the BBC EDUtainment programming that includes Heath Check, Discovery and Digital Planet.