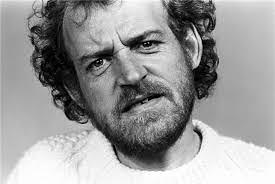 “You know, now that I’m getting older, when I do a two-hour show I feel it’s kind of precious,” Joe Cocker said.

“As I’m getting to the back end of my career, I feel like there’s something special each time, just going out and doing a show. I never really looked after myself when I was young, but I’ve been lucky enough to have caught on to stuff as I’ve got older to try to keep a little healthier.”

Cocker stopped rocking on Monday when he died at the age of 70 after a battle with lung cancer. The well-deserved tributes are coming fast and furious from colleagues, fans, and anybody who had any sort of connection to Cocker’s distinctive voice and unique performance style. But let’s give the man himself a minute to reflect on himself, as culled from years of interviews.

“That’s probably one of the few regrets I have, but I’ve always been a little disappointed with my writing abilities, I guess. I never thought I contributed enough. Maybe if I’d have started earlier…But the fact is I’ve never played piano well enough to write tunes, and I never took up guitar when I was a kid. So I’ve written some stuff — Chris Stainton and I did ‘High Time We Went’ — but I’ve always needed to rely on other people, basically, to put songs in front of me.”

Credit and more on this story here at billboard.com