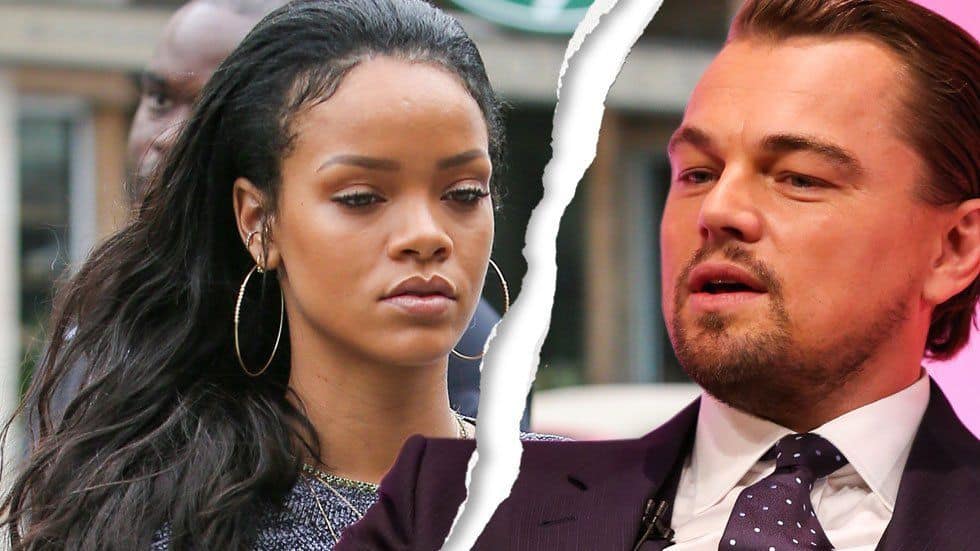 The Great Gatsby famous actor Leonardo DiCaprio, who was linked to the famous singer Rihanna earlier this year, was very angry over the May 28 cover story in Oops, a French magazine, which falsely stated that the couple was expecting a child but Leonardo DiCaprio would not want to be a father.

According to reports by Gossip Cop, Leonardo DiCaprio is reportedly suing French magazine Oops for stating that Rihanna is pregnant with his child.

The 13th May issue of the tabloid featured pictures of Leonardo DiCaprio and Rihanna with the caption,

“Rihanna Pregnant With Leonardo’s Baby: He Doesn’t Want The Baby,”

Despite neither the singer nor the actor confirmed that they were even passionately involved.

The Great Gatsby actor’s legal team notes that the actor was in France during the Cannes Film Festival when he found out about the cover of Oops, which claimed that he’s not only the father of Rihanna’s baby, but he also will not want anything to do with the child.

One of the famous websites states that Leo’s team approached Oops magazine’s editorial team and informed them that the gossip was not true but the story still appeared in the magazine.

In an exclusive conversation, Frederic Truskolaski, an owner of Oops and a defendant in the lawsuit, admits that the French magazine knew its scoop was fictional.

He also says his team read various cooked-up stories saying they were together, but he also states that were not familiar with the fact that whether the singer Rihanna was pregnant, “We thought she might be. We were not sure, of course.”

Earlier this year, a representative for Leonardo DiCaprio denied that he was dating the star. A rep told the Los Angeles Times that Leo was single and has been for some time, before adding that he remains focused on shooting his new movie, The Revenant in Canada.

According to the court papers, in addition to the huge claim that Leonardo DiCaprio is having a baby with Rihanna, the magazine Oops is being prosecuted under France’s right to privacy laws.

The lawsuit points out that Oops does not have the right to print information about Leo’s personal life nor was it allowed to publish two paparazzi photos of him on the street.

His legal team has filed the suit in a French court demanding the magazine retracts the story and pays him the maximum compensation of 18,000 Euros ($20,000) for damages and for the legal fees.

Well, as per the court papers, the famous actor also asked the company to be further fined 10,000 Euros if they do not apologize and print a retraction.

DiCaprio’s legal team and Oops are set to face off in a Paris court on June 16.

Truskolaski is quite certain that because of France’s strict privacy laws, a verdict will come down forcing the magazine to pay for the huge damages.

But he still believes that the magazine might not pay the whole amount because he says “It won’t be much!”